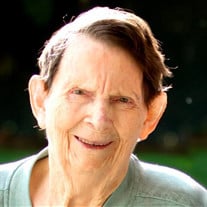 Shirley Victoria Branson Cazier, age 90, returned to her heavenly home on Wednesday, November 20, 2019. She was welcomed home by her loving husband, Callis, her daughter, Clara May, son, Alan, her father and mother, and many other loved ones. Shirley was born May 17, 1929 in Egin, Fremont County, Idaho to Lyman Sargent Branson and Ina May Waldemar. She had three older sisters and one younger brother and sister. Shirley began her education attending a 3-room school in Egin Bench, Idaho. While attending this school, Shirley won a Morris code contest by deciphering a sentence sent over a telegraph line from one room to the other. She received 25¢ for her prize. In July, 1939, a fire destroyed the family home which eventually forced the family to move to the nearby community of St. Anthony, where they lived in a two room home. In this home, Shirley shared a bed with her three older sisters, while her brother slept on a cot, and her younger sister slept in a bed with her mother and father. Now living in the community of St. Anthony, new friends began to influence Shirley, and her sister Elsie, to join the Church of Jesus Christ of Latter-day Saints. Shirley and her sister were baptized in an irrigation canal on August 4, 1940. Shirley attended St. Anthony High School, where she was a good student, studied diligently, read much and graduated in May 1947 on the honor roll. She then went to work at the local J.C. Penney store as a file clerk and took shorthand dictation for the store manager. In June, 1947, a handsome young man drove past Shirley and a friend, stopped and chatted, and then asked Shirley on a date. She fell in love with the young man, Earl Callis Cazier. Shirley and Callis were married for time and all eternity in the Salt Lake Temple, of the Church of Jesus Christ of Latter-day Saints, on September 17, 1947, they were married for 72 years. Following their marriage, Shirley and Callis lived in the St. Anthony area, where they farmed and began raising a family. In 1966 Shirley, Callis and 9 children (at the time), moved to Pasco, Washington where Callis had started a career managing corporate farms. Following the move to Pasco, two more children were born to Shirley and Callis. Shirley spent the majority of her life in giving service to others. Her days were spent cooking, cleaning, canning, sewing, mending, patching, and fixing the boo boos for her cherished family. When not in the service of her family, she was serving others by making quilts, cooking cakes, casseroles and pies to be given to others. She loved the Lord, Jesus Christ, and spent hours in reading scriptures, doing temple and genealogical work, attending church and serving in various callings. She especially enjoyed serving in the Church of Jesus Christ of Latter-day Saints’, Columbia River Temple, as a temple worker. With her husband she also served a mission at the Church’s Kennewick Regional Employment Office. Shirley is survived by her sons Robert (Carol), Russell (Joy), Andrew (Susie), Benjamin (Vicki), Wendell, David (Steve), and John (Amy); daughters, Patti Moore (Scott), Ina Wallin (Karl), and Victoria Cazier; her sister Elna; 40 grandchildren, 95 great grandchildren, and one great-great grandchild. Shirley was preceded in death by her Husband Callis; Father, Lyman; Mother, Ina; sisters, Eva, Norma, Elsie; brother, Kelly; and children, Clara May and Alan. The funeral service will be Tuesday, December 3, 2019 at 11:00 am at the Church of Jesus Christ of Latter-day Saints Pasco Stake Center with viewing to begin at 10:00 am at the church. Burial will follow at City View Cemetery in Pasco.

Shirley Victoria Branson Cazier, age 90, returned to her heavenly home on Wednesday, November 20, 2019. She was welcomed home by her loving husband, Callis, her daughter, Clara May, son, Alan, her father and mother, and many other loved ones.... View Obituary & Service Information

The family of Shirley Victoria Cazier created this Life Tributes page to make it easy to share your memories.