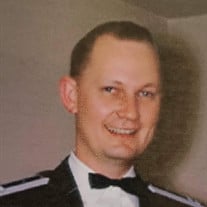 Lt. Colonel Roger Lee Whitacre, 90, passed away January 14, 2022 in Kennewick, Washington. He was born to John D. and Anna (Bomberger) Whitacre on July 12, 1931 in Dallas Center, Iowa, the youngest of eight children. Roger held fond memories of his rural upbringing where he joined the Boy Scouts, the 4-H Club, Future Farmers of America, sang in the school choir and played baritone horn in the band. Roger graduated from the University of Iowa in 1954 with a BSC degree in Business Administration. A member of the Reserve Officer's Training Corps, he was commissioned a Second Lieutenant in the US Air Force, thus beginning a military career that would span two decades. While on assignment at Wright-Patterson AFB Roger met and married Viola (Dalton) Shouse and became a dad to her daughter, Paula. He then completed his MBA at Ohio State University and welcomed a new daughter, Anna Marie, into the world. In 1963, Roger was assigned to US Air Forces Europe with a duty station in Wiesbaden, Germany where his daughter, Melinda, was born. Retiring from the Air Force in 1975, Roger began a second career in Contract Management at what is now known as Energy Northwest. He resided in Richland where he and Vi enjoyed membership at Meadow Springs Country Club where they took up golf, bridge and dancing. Roger is preceded in death by his parents; his wife, Viola; his grandson, Bob Arbabian and six siblings. He is survived by his three daughters: Paula (Masoud) Arbabian, Anna (Michael) Hahn, and Mindy (Brad) Ard; grandchildren, Amy (David) Oson, Joseph Hahn, and Catherine Hahn; great-grandchildren, Jacob and Christopher Oson. The family is grateful to the staff of Regency Canyon Rehabilitation for Roger's care in his last months and to Pastor Ben Moore of West Highlands United Methodist Church and his congregation for their kindness and friendship. Viewing will be at Mueller's Tri-Cities Funeral Home in Kennewick on Friday, January 28 from 5:00-8:00 p.m. A service will be held at the church at 17 S. Union St. on Saturday, January 29 at 10:00 a.m., followed immediately by burial with Military Honors at Desert Lawn Memorial Park. Roger will be remembered as a man of duty and honor, but also of kindness and generosity.

The family of Roger Lee Whitacre created this Life Tributes page to make it easy to share your memories.