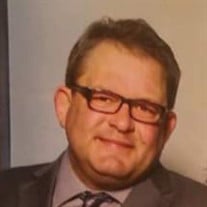 Rodric Duane Morgan passed away on January 8, 2021 at his home in Pasco, WA. He was born on May 16,1957 in Clarkston, WA to Arnold “Duane” Morgan and Christina Morgan. He was a 1975 graduate of Burbank High School in Burbank, WA. While in high school, he was an All-Star Basketball player with a great 3-point shot from the side. His mom would brag about how pretty his legs were in his basketball shorts and she saved all of his basketball scores. Rod married the love of his life, Susan, on August 22, 1998 in Coeur d’ Alene, ID, but they spent 28 amazing years together. Every single morning he would tell her “you sure are pretty honey”. He was a pipe fitter at Boise Cascade, in Wallula, WA for 43 years. There were many days that he had to go “save the mill”. Rod lived life to the fullest, enjoying taking adventures in his red truck, and sitting on his porch listening to music or watching the Seahawks game enjoying the company of his family and many friends. He is survived by his beautiful wife, Susan, sons David (Shilo) Morgan and Ryan (Erin) Ray, daughters Melissa Watson and Ashley Anderson, 8 grandchildren, 2 great grandchildren and 1 due next month, brothers Roc (Kathy) Morgan and Ricky John Houston, sister Linda (Nick) Rigutto and many nieces and nephews. Out of everyone, Rod had a very special bond with his granddaughter, Destiny, whom he called his “little girl” and enjoyed taking truck drives to Burger King for twofers and teaching her special projects like how to change sprinkler heads. Rod is proceeded in death by his father and mother, Duane and Christina Morgan, and sister Peggy Jo Morgan.

The family of Rodric Duane Morgan created this Life Tributes page to make it easy to share your memories.