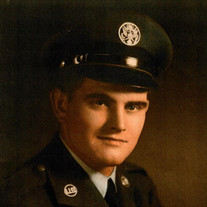 Richard Dean Williams (aka Dick, Peep) was born in Yakima, Washington on October 13, 1931 to parents Harvey Glen and Eunice (Plumlee) Williams. He passed away peacefully at Sacred Heart Medical Center in Spokane, Washington on Sunday, June 21st, 2020. His children are blessed to have had the opportunity to spend special time with him at the hospital during his last days. Dick spent his childhood years moving throughout Washington State due to his father's occupation as a steam engine locomotive engineer. The family eventually settled back in Yakima. He graduated from Yakima High School (Davis) in 1950 and enlisted in the United States Air Force. He was stationed at Lakenheath AFB in England where he served as a radio repairman. He frequently rode his high-performance Triumph Tiger motorcycle 120 miles on the narrow winding roads of the English countryside through all kinds of weather to get to Nottingham to see the woman who became the Love of his life, Barbara Lowe. They were married in 1953 in Nottingham, England and then traveled back to the United States in 1954. Upon their return to the U.S., Dick worked for the Northern Pacific Railroad as a brakeman, then at Hanford as an instrument technician, then back to the railroad as a electrician/machinist for Burlington Northern, and then completed his working career with WPPSS as an instrument technician. He retired in 1996 at the age of 65. He enjoyed many hobbies including hunting, fishing, shooting, reloading, camping, scuba diving, flying airplanes and gliders, building model airplanes, cuckoo clock repair, and traveling to the Oregon Coast, Hawaii, Florida, Canada and England. Dick loved living in the Pacific Northwest where he enjoyed many outdoor activities. He was also known as "Dick The Pool Man" for keeping the neighborhood pool up and running. A good meal was also something he very much enjoyed. He was preceded in death by his parents, Glen and Eunice Williams; Barb, his dear wife of 64 years; his sister Pat Maxwell and his brother Ron Williams. Dick is survived by his daughter Cathie Frohlich of Spokane, WA, his sons Rick Williams of Pasco, WA, Rob Williams (Farhat) of St. Augustine, FL, and Dave Williams of West Richland, WA. Grandchildren Neil Frohlich (Shelley), Eric Frohlich, Matt Williams, and Christopher Williams; Great grandchildren Zoie and Colin Frohlich and several nieces, a nephew, and a grandniece. He was lovingly known as "Peep" by his grandchildren and great grandchildren in Spokane. Dick was a man of many talents and loved a good conversation. He always had many a good story to tell. Dick introduced his children to many of the hobbies that they still enjoy today. He also instilled a great work ethic into all of his children. Dick stayed in contact with his Air Force buddies and the friends he had made throughout his working career. He was a proud American and was devoted to his country. One last note: Kudos to the Chinese Gardens restaurant in Pasco; his favorite restaurant by far for many, many years. Due to the current COVID-19 restrictions, a Celebration of Life remembrance will be held for Dad at a later date. We will let you know.

The family of Richard Dean Williams created this Life Tributes page to make it easy to share your memories.