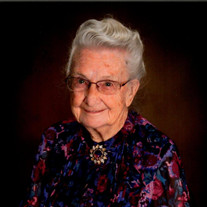 January 19, 1925 - March 14. 2020 95 years young Reba was born to Ernie and Velma Acorn on January 19, 1925 in Grand Junction, Colorado. Reba is the 4th of 5 siblings. Ernie worked construction. Their family moved many times, starting from a Colorado job site and ending up at Hanford in Washington in the early 1940's. Reba was in the first graduating class from Columbia High Richland, the class of 1943. After graduating from high school she became a bookkeeper. Her first job was at The Bon Marche' in Richland. Reba became pen pals with a service man who was a prisoner of war. He, Berry Howard, became the love of her life. Shortly after arriving home from the war, Berry hitch hiked from Oklahoma to Washington State. Berry and Reba were married on November 3, 1946 one month after Berry's arrival in Washington. Reba worked for many years at New Era Furniture in Pasco. Reba retired from Berry's Arco in Kennewick. Mom and Dad had a good marriage which ended too soon when Berry lost his fight with cancer in 1981. Reba had many loves but her greatest love was her family. Mom always did what she could to help all of her family. Reba was a kind but strong woman. Reba loved going to her kids sporting events all the way thru her great grand kids. She was our truest fan and cheerleader. Reba never met a child she did not love. Children made her light up with love and joy. Reba loved gardening. She was honored to be named Yard of the Month from the city of Kennewick. Reba was an avid American's hockey fan. She was a season ticket holder from the first year to her last. "Go Ams" Ring those bells! Reba loved the lord and chose to profess at Leo Stratten's meeting in 1947. She served God with all her heart. On Wednesday March 11th 2020 Reba was a passenger coming home from bible study when a terrible accident occurred. Reba fought with all her might but she was just too broken to heal. Reba passed away March 14th 2020 at approximately 1:30 AM. Reba was preceded in death by her husband Berry, Son Gerald and grandson Douglas. She is survived by her children, Sue Favro (Steve), Chuck, John (Arden), Ken (Margaret), and Cyndy Walters (Guy), 13 grandchildren, 31 great grandchildren, 17 great great grandchildren, and too many nieces and nephews to count. We will miss your love and hugs. We love you forever Mom, Grandma, Aunt and friend. In Lieu of flowers please make a donation in Reba's name to Meals on Wheels or the Animal Shelter or any organization of your choice.

The family of Reba Eleanor Howard created this Life Tributes page to make it easy to share your memories.