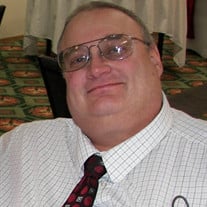 Michael A. Avery July 19th, 1950 - June 24th, 2021 Mike went home to be with our Lord on the rise of a beautiful strawberry moon Thursday, June 24th, 2021 while surrounded by his three adult children. He was 70 years old. Mike was born July 19th, 1950 to Robert and Joyce Avery in Seattle, WA. He shared his birthday with his mother and nephew, both of whom preceded him in death and welcomed him into Glory. His family moved to a new home in Bellevue, WA in 1959 where he spent the remainder of his childhood. Mike loved swimming and was a summer lifeguard at the local pool. He also loved to play water polo and baseball and was an avid card player. He became active in the Word of Life ministries where he met his future wife of 51 years, Vicki L. Morton. Mike graduated from Newport HS in 1969 and attended the University of WA for a short while. Mike was a highly intelligent, yet sometimes stubborn man. Story goes that he told a professor that the text was incorrect and proceeded to argue with him. Turns out that the professor actually wrote the book! Shortly after that he quit school and joined the Navy. Mike and Vicki were married after the completion of boot camp on March 21st, 1970 and soon moved across the US to various naval bases for the next 8 years. Mike and Vicki eventually settled in Kennewick, WA to raise their three sons and one daughter. He became Headmaster of the West Highland's Christian School and then began work at the WA Public Power Supply System, later renamed Energy NW, as an instructor until his retirement. Mike was a sports enthusiast and enjoyed playing in various softball leagues until a knee injury put an end to his playing career. He still enjoyed his swims at the local sports clubs or the occasional camp ground swimming hole until his health began to decline in his last few years. He was ever supportive of his children in their sports activities, missing as few games as possible. Though a man of few words, he loved his family and struggled greatly after the death of his son, Matthew. We are a little jealous of their recent reunion in Heaven. Michael is survived by his wife, Vicki Avery, his children and their spouses, Christopher and Camilla Avery of Tri-Cities, WA, Daniel and GiGiMarie Avery of Kellyville, OK, and Michele and Ricky Reyes of Lakeside, MT as well as by his father, Robert Avery, and brothers and spouses Mark and Ann Avery, Clint and Karen Avery, and many grandchildren and great-grandchildren. He is preceded in death by his mother, Joyce Avery, nephew, Roy Avery, and son, Matthew Avery. A memorial service will be held in his honor at his home church of more than 40 years where he served as song leader and treasurer; Clearwater Baptist Church, 5516 W. Clearwater, Kennewick, WA on Thursday, July 1st at 1PM.

Michael A. Avery July 19th, 1950 - June 24th, 2021 Mike went home to be with our Lord on the rise of a beautiful strawberry moon Thursday, June 24th, 2021 while surrounded by his three adult children. He was 70 years old. Mike was born July... View Obituary & Service Information

The family of Michael Allan Avery created this Life Tributes page to make it easy to share your memories.