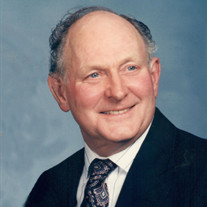 MAYLAN M MILLS Longtime resident of Hover and Finley Maylan Miles Mills, 94, Kennewick, got his final wish of seeing Jesus face to face on April 29, 2021. He died at home just as he wished and had been in good health until the last week. Maylan was born to Charles and Edna McKenney Mills in Hover, Wa on November, 24, 1929 with his twin brother, Harlan. He lived at his residence for the last 74 years, spending all his years in the Hover and Finley area, except for 2 years in WW2. Maylan's grandfather, John Mills was the first homesteader in the area in 1880 and settled in Hover with the Native American's that roamed the hills. Maylan attended elementary and high school at Hover and Finley Schools. He was pulled out of high school the last few months of his senior year for the draft of WW2, when he was drafted into the Merchant Marines. The biggest disappoint of going into the war for him was him missing his basketball play-off game against Richland, as he was the team captain. After the war, Maylan married Marjorie Jean Garner on October 2, 1949, whom he met at Kennewick Nazarene Church and had known since they were kids. He started his own orchard in Hover soon after and he built their first and only house they would live in for the next 62 years. He was an orchardist for the next 55 years. Maylan loved his family and friends and he enjoyed any party with food. He was very active in the Kennewick Nazarene church serving as: Superintendent, Sunday school teacher, "50 plus" director, greeter, on the church board and for years drove the Sunday school bus. He was a chaplain of the veterans of the merchant Marines seaman local chapter for many years. Maylan also served on the Kennewick Hospital Board for 13 years. He was a precinct leader of the GOP and was involved with Gideon International. Upon retirement, Maylan and Marjorie participated in work and witness trips to Honduras and Brazil. They also traveled to China, Hong Kong, New Zealand and Israel. Maylan went to Ecuador, after Marjorie passed in 2011, to visit the mission field where his eldest granddaughter and family lived. Maylan enjoyed staying home, gardening, tending to his fruit trees and having friends drop by. He loved to visit with old and new friends and those from the community/church. Many were faithful to visit dad weekly and check on him. Dad's favorite subject was his walk with God and politics. He believed that the two went together. He lived his faith out by reading the Bible, praying and sharing what God had done for him. And if you knew him, you knew he expressed his opinion but always with a warm smile. The grandchildren enjoyed making memories at his house with picking cherries, boating in front of his house and playing games. Maylan is survived and will be missed by his children; Kathy (Tim Roth from Ridgefield, WA, Gene (Patty) Mills from Litchfield Park, AZ, and Christy (Gary) O'Malley from Snohomish, WA. Grandchildren; Kristina (Dan) Benedick, Sydney (Chad) Stoltzfus, Preston (Brittani) O'Malley, Kaylan (Jesse) Keeler and Hannah O'Malley. Including 10 great, grandchildren. He was preceded in death by his wife of 62 years, Marjorie Mills, his parents Edna and Charles Mills, brothers, Giles, Lynn, John and his twin brother Harlan. A celebration of Maylan's life will be held at the Riverview Height's Cemetery in Kennewick, June 12, Saturday at 10:00am for all to attend. Bring a chair if you need. Donations may be made directly to Samaritan's Purse or Mission Aviation Fellowship (please do not send to the funeral home).

MAYLAN M MILLS Longtime resident of Hover and Finley Maylan Miles Mills, 94, Kennewick, got his final wish of seeing Jesus face to face on April 29, 2021. He died at home just as he wished and had been in good health until... View Obituary & Service Information

The family of Maylan Miles Mills created this Life Tributes page to make it easy to share your memories.