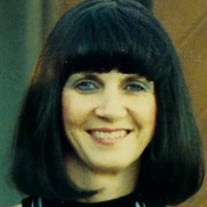 On November 17, 2020, Marijo won her 32-year battle and is walking and dancing in Heaven. She was an inspiration to everyone who knew her with her tenacity, courage and determination never losing her faith and hope. Marijo was born in Butte, Montana to Patrick and Romana O'Leary in 1944. She graduated from Girl's Central Catholic High School in Butte, Montana where she met her husband, Joe Sullivan. She graduated from Great Falls School of Nursing with an RN degree. Marijo married Joe Sullivan in 1967 in Montana. They moved to Boston, Massachusetts after they were married where she was a nurse. In 1969, they moved to Kennewick, Washington where Joe accepted a teaching job and they have resided there ever since. During this time, she spent many years raising a family and practicing her profession with caring and compassionate dedication as a nurse for the Kennewick School District. Her passion was for migrant school children and she was their advocate beyond her job. She enjoyed being a part of her children's sports and activities as well as getting together with her multitude of local friends for social events. In October of 1988, Marijo suffered a massive brain hemorrhage that left her in a wheelchair and in the care of Joe and many caregivers for the rest of her life. Over the 32 years she was in a wheelchair she worked tirelessly to live life to the fullest. She was a loving and loyal daughter, wife, mother, sister, and friend. Her countless friends continued to reach out to her for social events and her interests continued. She was always willing to give advice, encouragement and support and rendered her medical advice with, "I am a Nurse." Marijo enjoyed time with her family and her grandkids. Marijo is survived by her husband Joe Sullivan, her three children: Patrick Sullivan (wife Robin) of Benton City, Washington; Joelle Sumner (husband Craig) of Kennewick, Washington; and Dawn Connor (husband Trent) of Vancouver, Washington, two sisters: Patty Higinbotham of Butte, Montana and Rosalie O'Leary (husband Steve Steve) of Seattle, Washington, and four grandchildren: Sophia Sumner, Mitch Sumner, Miles Sumner, and Quinn Connor and numerous niece and nephews. Marijo is preceded in death by her parents Patrick and Romana O'Leary and her brother-in-law Harlan Higinbotham. Funeral services will be held at St. Joseph's Church Kennewick, Washington in a private ceremony. Arrangements are by Mueller's Tri-Cities Funeral Homes.

On November 17, 2020, Marijo won her 32-year battle and is walking and dancing in Heaven. She was an inspiration to everyone who knew her with her tenacity, courage and determination never losing her faith and hope. Marijo was born in Butte,... View Obituary & Service Information

The family of Marijo Sullivan created this Life Tributes page to make it easy to share your memories.