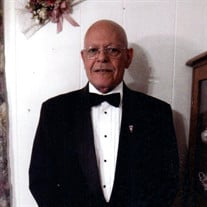 Manuel Reymundo Martinez, a hardworking husband, father, and grandfather of Kennewick, WA passed away unexpectedly on March 14, 2022, at the age of 78. Manuel is survived by his dear wife of 57 years Rinda Martinez. His three children Rene' (Jesse) Chavollo, Manuel Jr. (Donna) Martinez, and Rhonda Sunday. Leaving behind his 10 grandchildren, his seven great grandchildren with one on the way. Manuel was born in Pecos, New Mexico on December 25, 1943, to Bernardino and Appolonia Martinez. He began working at a young age while setting the example of a great work ethic to those around him. On February 14, 1965, he married the love of his life in Daly City CA. Later planting roots and raising their family in Kennewick WA. Where he worked for Hanford as a printer including at times, various jobs to provide. He was dedicated to the Catholic church where he loved to serve those he met. He was an active member of the Knights of Columbus for nearly a decade, which included serving as a Grand Knight. He enjoyed fishing, collecting Volkswagen Bugs, Native American memorabilia, showing his show car, spending time with his family, and seeing his grandchildren happy. In his free time, he enjoyed working in his greenhouse growing his cacti, feeding his fury friends (the neighbors' dog, Milo and the squirrels). Last but not least he liked to spoil his two cats, Angel and Noel. He will be deeply missed by those around him. Manuel was defined by his friends and family as SUPERMAN! A viewing will be held Sunday March 20, 2022, from 4-8 p.m. at Mueller's Tri-Cities Funeral Home. A rosary is scheduled for Monday March 21, 2022, at 10:00 a.m. followed by a funeral mass at 11:00 a.m. at St. Joseph's Catholic Church in Kennewick.

Manuel Reymundo Martinez, a hardworking husband, father, and grandfather of Kennewick, WA passed away unexpectedly on March 14, 2022, at the age of 78. Manuel is survived by his dear wife of 57 years Rinda Martinez. His three children Rene'... View Obituary & Service Information

The family of Manuel Reymundo Martinez Sr. created this Life Tributes page to make it easy to share your memories.