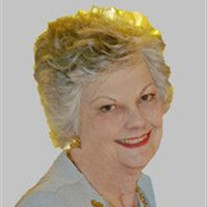 Luise K. Eadie-Lonergan January 21, 2021 Kennewick, Washington - Luise died unexpectedly at her home on January 21, 2021 at the age of 81. Luise was born on April 13, 1939 to Martin B. Keenahan and Laura Coldwell Keenahan in Bangkok, Thailand; where her father was a marketing executive with Standard-Vacuum Oil Company. At the beginning of World War II, Luise and her mother returned home to the United States. After her father's release from detainment in Thailand as a Japanese prisoner of war; the family was reunited in New Jersey. Luise and her younger brother John, spent their early childhood there. Luise's father died in 1949. Her mother later took a position as an academic counselor at Cornell University and relocated the family to Ithaca, New York. Luise graduated from Northfield Preparatory School in Massachusetts. She then attended the State University of New York, where she earned a bachelor's degree in Education. She later earned a master's degree from Heritage College. On September 2, 1961 Luise married William James Eadie in Ithaca, New York. They relocated to Chicago, Illinois, where Bill was pursuing his Ph.D. at the University of Chicago. While there, Luise taught within the Chicago Public Schools. She gave birth to her twin sons, James and Douglas, in March 1967. After Bill graduated, he started working at Cornell Aeronautical Laboratory, and the family moved to Orchard Park, New York. Their son, William, was born in June 1975. Luise spent this time raising her young family. The family relocated to Kennewick, Washington when Bill took a job at Battelle as an atmospheric physicist. Luise resumed teaching, initially substitute teaching within the Kennewick School District. She started full time teaching at Park Middle School, and ultimately transitioning to fourth grade at Canyon View Elementary School. She grew incredibly fond of her fourth grade students and especially enjoyed running into them again as adults and hearing about their lives. She retired from teaching in 2004. Luise's husband Bill Eadie died in 1993 after a long illness. Luise enjoyed many summer breaks with her mother in Cape Cod, Massachusetts, which had been a special place for her since childhood, and she later enjoyed sharing her love of the Cape with her children and grandchildren. On February 17, 2007, Luise married the Rev. Wallace G. Lonergan, Ph.D. of Caldwell, Idaho, whose friendship had spanned many decades. They resided in Caldwell, and built a happy life there. She supported Wally in his work as a professor at the College of Idaho, and his position as a priest at St. David's Episcopal Church. Together they assisted with the first diaper bank in Idaho, and their work provided thousands of diapers to families in need. Luise also volunteered at West Valley Medical Center in Caldwell. Luise was widowed again in August 2018. Later that year, she moved back to Kennewick, where she found a beautiful home that she remained in until her passing. Luise was enthusiastic with her love for decorating her homes, traveling, reading, sewing, cooking, and entertaining. She was involved in several PEO chapters. Throughout her life, Luise was a strong advocate for education through her commitment to teaching, setting up scholarship funds, and supporting her children's and later her grandchildren's education. Luise is survived by her sons and grandchildren, James (Marete) Eadie and their sons Kristian and William of Normandy Park, Washington; Douglas (Kelli) Eadie of Richland, Washington and their daughters Heather of Memphis, Tennessee and Jocelyn of Bellingham, Washington; William (Diana Turner) Eadie and their children Liam and Clara of Cheshire, Connecticut; and step-son Steve Lonergan of Minneapolis, Minnesota, and family. Luise requested a private family service. She suggested that any memorial donations could be made to the University of Washington Medical School Department of Neurological Research (Box 358045, Seattle, WA 981958045) or the charity of choice .

Luise K. Eadie-Lonergan January 21, 2021 Kennewick, Washington - Luise died unexpectedly at her home on January 21, 2021 at the age of 81. Luise was born on April 13, 1939 to Martin B. Keenahan and Laura Coldwell Keenahan in Bangkok, Thailand;... View Obituary & Service Information

The family of Louise K Lonergan created this Life Tributes page to make it easy to share your memories.