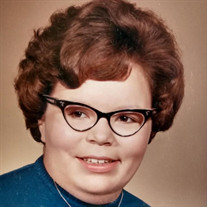 Elaine Marie Sharick, 73 of Kennewick, Washington, originally from Ephrata, Washington; youngest daughter of Eugene Philip Sharick and Florence Marie (Daniels) Sharick, was born on November 21, 1948, and passed away on February 10, 2022, on her own terms. She was truly unique and original. Nothing came too easy for Elaine. She grew up in a time when a gallon of gas was 29 cents and milk was 88 cents a gallon. Though she may not have been the best of students throughout her years at Parkway, Ephrata Middle School and Ephrata Senior High School, graduating with the class of 1967; she persevered. Attending two years of college at Big Bend Community College, her studies took her into Secretarial Sciences. After graduation, she moved across the mountains to Seattle to work for Loomis Armored Car; then Burien and Federal Way where Reliance Insurance Company was her place of employment for over 25 years, mostly with perfect attendance. When they disbanded to relocate in Philadelphia, Pennsylvania, they sent Elaine back to see if she would like to move with them. Elaine enjoyed the trip and the sight-seeing but she realized it wasn't home. In need of new work, she then worked for TMX Aerospace, as an archivist until she reached retirement age, again with nearly perfect attendance. Elaine appreciated the simpler things teaching herself how to craft (knitting and cross stitching) making many beautiful gifts for family and friends, old movies of which she could name every actor of which her favorite was John Wayne. Even though our father's family lived on the westside, Elaine needed to branch out and find folks and friends that she could share her off time with. One of these people was a gal called Kathy, who Elaine shared much quality time with. They went to craft sales, yard sales, shopping and the casinos at least once a month, and also explored the many sites and areas of interest on the western side of the state. Elaine never married; she had a cat named "Shadow" that was kind of a secret from the landlord for years... But she wasn't at a loss for having young children in her life. She was an aunt, a great-aunt and a great-great-aunt. She loved the babies and never forgot them on a birthday or holiday. Her traditional gift was always a gift card from Target for each of them. Long standing the kids said it wasn't Christmas without the card from "Georgie." She got her nickname because our father always wanted boys, so around home we were called Bobby and Georgie. Elaine leaves behind her sister, Barbara Miller, Kennewick; her niece, Marlys Davis, Richland, WA; nephews, Marshall 'Cy ' Miller, Vancouver, WA; and Micah Daniel (Erin) Miller, Richland, WA. Also included are Matthew (Monica) Davis, Maxwell (Danielle) Davis, Abra Miller, Macklin Miller, Lucinda Miller and Merrick Miller. She had two additional family members in Myra Davis and Marshall Miller, great-great- niece and nephew. Rounding out her extended family are James and Kathy Schufrieder (they were friends for over 42 years) and their kids, Jacalen (Brandon) and Troy (plus two more nephews). She has numerous aunts, uncles and cousins from our father and mothers' family located across the country, as well as caring family members from her brother-in-law's family. Preceding her in death were her parents, grandparents, brother-in-law and a nephew. Memorial services are planned by Mueller's Tri-Cities Funeral Home in Kennewick, Washington for March 12, 2022, at 11:00 a.m. And she will have a graveside service in Ephrata, Washington on March 13, 2022, at the Catholic Cemetery at 11:00 a.m.

The family of Elaine Marie Sharick created this Life Tributes page to make it easy to share your memories.