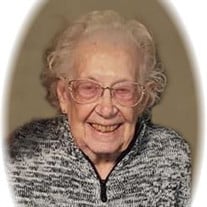 Dorothy Marguerite Ash (Hughes) was born January 13, 1927, to Robert C Hughes and Annice Hughes in Bassane Alberta, Canada. On October 17, 2019, she passed away at the age of 92, at Trios Hospital, in Kennewick, WA, surrounded by family and friends. Dorothy graduated from Hover High School. She attended a Jr College later to acquire clerical skills. She worked at the Rationing Board during the war, later she worked as a Meter Maid in Seattle. She was a Civil Service clerk at Human Resources on Adak, AK. She later worked with Alaska Fish and Wildlife. That was her favorite job. Dorothy and husband Dewayne moved to Alaska in 1965 and lived there for several years before moving to Valdez, Alaska. In Valdez they acquired a fishing boat called the Lori Ann which they used of Dewayne's off week They maintained a home at Stanwood, WA where they lived half the year while going back and forth to Alaska. They moved to Kasilof AK after retirement so they could fish. While in Kasilof they purchased a home in Kennewick, WA. Winters in Kennewick and summers on Alaska. When they could no longer drive the Alcan Highway they retired in Kennewick. Dorothy was very family oriented and involved in the lives of her children, and grandchildren. She was an avid cook and baker always trying new recipes. Her home was always open to family and friends and her table spread for all. She had an open and warm heart, always a lady, even to the end. Dorothy loved to fish. She was a reader and devoured books. She is best remembered as an extremely sweet lady, even in her last days when things were tough, she was a caregiver and hospital favorite. She is survived by her two children, son Merle D. and wife Adele of Smoky Point, WA, and daughter Beverley and spouse Michael Bingaman of Hermiston, OR; 4 granddaughters, Ilia Ash, Mikal White, Tiffany Lynch, and Jessica Robbins; 2 grandsons, Jerod Bingaman, and Alex Ash and many great grandchildren as well as many nieces and nephews. She was married to her high school sweetheart for 72 years before Dewayne passed. Graveside services will be held at 2:30 p.m. on Friday November 1, 2019, at Desert Lawn Memorial Park in Kennewick, WA. There will be a buffet for family and all friends at CG Public House on Clearwater Ave, in Kennewick, WA. Mueller's Tri-Cities Funeral Home is in charge of the arrangements.

Dorothy Marguerite Ash (Hughes) was born January 13, 1927, to Robert C Hughes and Annice Hughes in Bassane Alberta, Canada. On October 17, 2019, she passed away at the age of 92, at Trios Hospital, in Kennewick, WA, surrounded by family and... View Obituary & Service Information

The family of Dorothy M. Ash created this Life Tributes page to make it easy to share your memories.