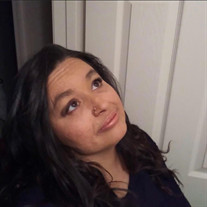 Carrie Anne Parks, 50, of Kennewick, WA passed away suddenly and unexpectedly on July 6, 2021. She worked as a Kona Ice Ambassador at Kona Ice of Tri-Cities WA since 2018. Carrie was born at Good Samaritan Hospital in Moses Lake, WA to Lenda and Grover Kerr Sr on July 3, 1971. She is preceded in death by her Mother Lenda Mariscal, her husband Charles Leonard Parks, all her grandparents and numerous aunts and uncles. She is survived by her Fathers Grover Kerr Sr and Jesus Mariscal, her Brothers Grover Jr (Sandra) Kerr and Mario (Mari) Kerr, her 2 Children Michael Aaron Parks and Cheyenne Katelynn Parks and her 5 grandchildren Azelia Luz, Messiah Charles, Cerenity Faye, Lilyanna Ivee & Jaylah Itzel. In her young age Carrie grew up in Warden and Othello WA and then moved to Pasco, WA in 1982. She lived in the Tri-Cities for 39 years. Growing up Carrie was the spitfire of her siblings and all her cousins, She grew up mainly around boy cousins so she had to learn how to fight, which gave her the strength & courage to stand up for herself (and many others) when it came to any challenge she was met with. At Pasco High School she was in the Color Guard all her four years there. A few years after Carrie graduated in 1990 she had her first child Michael Aaron in January of 1993. Then she met the love of her life shortly after and married him, Charles Leonard Parks, on October 9, 1993. Her second child Cheyenne Katelynn Parks was born 8 years later in 2001. Carrie was always characterized as the “Wild One”, “Crazy Carrie”, the “Daredevil” & “Shorty”, which are some names to describe her (all in a good way). She has bungee jumped and jumped off cliffs too! She loved excitement and had that zest for life. She was funny and full of fun, whether she “pushed your face in the cake” or “pushed you into the pool”…. It was funny! She was brave and always pushed through any challenges that came at her. But most of all, Carrie had a very sweet and loving heart. She was tough on the outside but so loving on the inside. Everyone that really knew her could feel that. Carrie’s priorities changed after becoming a Grandmother in 2012. By 2018, she had 5 grandchildren that she loved and helped care for on a daily basis. The past few years Carrie had a passion for dancing. Her favorite place and “Hang Out” was the Branding Iron. After working her job at Kona Ice on the weekends, she would go home change and head straight to the Branding Iron and spend time dancing to and listening to her favorite music (sometimes from her favorite band “Stompin Ground”) That place welcomed her children there and was kind of their “Extended Family”. She was even considered part of the “Golden Girls” there with her close friends Debbie, Kim and Miss Connie. Carrie was very much loved by her cousins, uncles, aunts and everyone around her. But her Motherly bond with her nephews and niece, CJ, Tommy, Davin, Joey & Micaela was priceless. They were like her own children and she was always there for them unconditionally. The network of people that she touched through her job and daily life, know that her personality matched her radiant smile and she will never be forgotten. If you would like to pay your respects, the viewing and funeral will be at Mueller’s Greenlee Funeral Home in Pasco…Wednesday, July 14 from 4-7pm(Viewing) and Thursday, July 15 at 12pm(Funeral).

Carrie Anne Parks, 50, of Kennewick, WA passed away suddenly and unexpectedly on July 6, 2021. She worked as a Kona Ice Ambassador at Kona Ice of Tri-Cities WA since 2018. Carrie was born at Good Samaritan Hospital in Moses Lake, WA to Lenda... View Obituary & Service Information

The family of Carrie Anne Parks created this Life Tributes page to make it easy to share your memories.