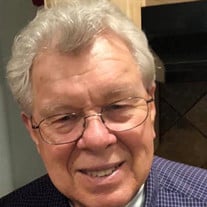 Vern Elmer Mehrer, 72, of Kennewick, Washington, unexpectedly passed away on March 4 while resting in his favorite chair. He was born June 6, 1947 in Ellensburg, Washington to Kathryn and Reuben Mehrer. Vern was the eldest of seven and grew up in Stockton, California. He graduated from Stagg High School in 1965, leaving for the United States Navy mere days after graduation. Vern proudly served his country for 22 years on submarines, retiring in 1987 as an Interior Communications Senior Chief. He served on the USS Sargo (1967-69), the USS Haddock (1970-1973), the USS Nathanael Greene (1976-1980) and the USS Daniel Webster (1984-1987). He saw the world with the Navy, spending time in places such as Hawaii, Japan, Italy and Scotland. Scottish pubs and fish and chip shops created many special memories on his patrols to Holy Loch on the Greene and Webster. After retiring from the Navy, Vern went on to get his nuclear engineering degree, working at nuclear power sites in Connecticut, South Carolina, and, finally, at the Hanford Site, where he retired in 2018. Vern and his wife Lynda celebrated their forty-first wedding anniversary on February 24. Together they lived in Virginia, New York, Connecticut, South Carolina, and - for twenty-seven years - Washington. Their favorite years were spent with their young family in upstate New York, where they lived in a paper mill town on the Hudson River in the Adirondack Park. They hiked, canoed, had an extensive vegetable garden, split unfathomable amounts of firewood, spent a lot of time in the emergency room with their adventurous son James, and went sledding during the long winters. They spent many days at Stewart's Pond, ice skating in the winter and swimming in the summer. Vern was a skilled electrician, mechanic, carpenter, and horseman. He was a hard-working man who found great joy over the years going for drives with his wife, tending his fruit trees and pumpkin patch, and restoring his homes, his old Chris Craft Bortner, his son James' 1957 Chevy truck and his two Corvettes. He had a soft spot for his pets and his grandchildren, and he was one of those guys who laughed so hard, he cried. Vern leaves behind his wife Lynda; son James (wife Jamie) of West Richland; daughter Deborah Doscher (husband Robert) of Stockton, California; step-son Frank Ehresmann of McCleary; step-daughter Kelli Samson of Olympia; grandchildren Cannon, Colton, Grant, Christian, Lexi, Hali, Annabelle and Clementine; sisters Jeanne Keating (husband Larry) of Bellingham, Massachusetts, Charlene Ames of San Luis Obispo, California, and Patricia DeMartinis (husband Doug) of Acampo, California; numerous nieces, nephews, and cousins; uncles Charles Bowen and John Tonn; great-aunt Ruth Perman; aunts Joanne Bowen, Ruby Edson, Alice Bentley and Donna Tonn. He was preceded in death by his parents, his brothers (Loren, Frank, and Dennis) and his son, Mark Christopher. His funeral will be held Thursday, March 12th at Mueller's Tri-Cities Funeral Home in Kennewick. The viewing is at 1pm, with a ceremony to follow at 2pm. All of those who knew Vern are invited and encouraged to attend. He will be laid to rest in a private ceremony on Monday, March 16th at Mills and Mills Funeral Home in Tumwater. Flowers may be sent to either service. Donations in Vern's name to the Navy-Marine Corps Relief Society are also encouraged.

Vern Elmer Mehrer, 72, of Kennewick, Washington, unexpectedly passed away on March 4 while resting in his favorite chair. He was born June 6, 1947 in Ellensburg, Washington to Kathryn and Reuben Mehrer. Vern was the eldest of seven and grew... View Obituary & Service Information

The family of Vern Elmer Mehrer created this Life Tributes page to make it easy to share your memories.