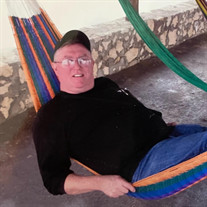 Stephen Foster Collins, 75, of Kennewick, Washington passed away at home on 16 April 2022. Stephen was born in Des Moines, Iowa on 5 September, 1946 to Dorothy Maxine Bright Collins and Melvin Stanhope Collins. He grew up in a military family, met his life-long friend Darlene in Guam as a young child, and was inspired to serve his country by joining the military, a source of great pride. He enlisted in the Navy upon graduating high school and married Janet Kay Gadow Collins in 1968 and were married until her passing in 2009. He studied electronics in the Navy, being stationed in Sasebo and Okinawa, Japan, Homestead, Florida, and Treasure Island, California. He used those skills when he left to work for the Federal Communications Commission and found his true passion when he was hired as an electronic technician for a pipeline in Kennewick, where he used his analytical skills to troubleshoot complex problems in order to keep this critical resource supplied to the public. Stephen was an avid amateur radio operator, earning an Extra class license, a dedicated woodworker, having made toys for underprivileged children, and even found time to become a Master scuba diver, diving in Japan, Fiji, Mexico, Canada, throughout the Pacific Northwest and wreck alley in North Carolina. He loved his dogs, from Bo, Mac, and now Dolly. He enjoyed Japanese gardening and growing roses. In fact, the first flower he gave Janet was a yellow rose, and he kept them in his garden to remind him of their love. He kept an adventurous spirit, with plans to learn to kayak this summer. He is survived by his daughter, Jennifer of Kennewick, Washington, son, Jason of Osprey, Florida and grandson, Spencer of Blagoevgrad, Bulgaria. Services will be held at Desert Lawn Memorial Park, 1401 S. Union St., Kennewick at 2pm on Friday, 22 April, 2022.

Stephen Foster Collins, 75, of Kennewick, Washington passed away at home on 16 April 2022. Stephen was born in Des Moines, Iowa on 5 September, 1946 to Dorothy Maxine Bright Collins and Melvin Stanhope Collins. He grew up in a military family,... View Obituary & Service Information

The family of Stephen Foster Collins created this Life Tributes page to make it easy to share your memories.