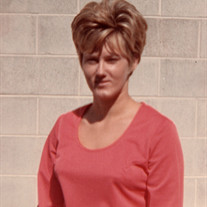 Sheila Hendrickson, 74 of Richland, Washington passed away on Thanksgiving, November 25, 2021. She was born April 18, 1947 to Hjalmer and Mary (Young) Hendrickson in Devils Lake, North Dakota. She grew up near Rock Lake, North Dakota on the family farm until she was nine when the family moved into town. Sheila married Clinton Strietzel in 1964; Allen Edler in 1970. She was preceded in death by her parents, Hjalmer and Mary Hendrickson; brothers, Robert, Glen, Thomas and James and sister Gloria Armey and twin sister Sharon Bragg. She is survived by her children, Doveen Strietzel Brown, David Strietzel and Alana Edler; brothers, John, Larry and Michael (Lori) and sisters Patsy and Carol (Robert); seven grandchildren and three great-grandchildren. Sheila had her own daycare business in Umatilla, Oregon for 27 years and retired to Richland, Washington where she resided until she passed away. She loved Jesus Christ and read her Bible every day. She loved Christmas, westerns, Johnny Cash, Willie Nelson, Elvis Presley, puzzles, Yahtzee and going to an occasional casino, but mostly she treasured being with her family. She was a wonderful grandmother and would do anything for her grandkids. She started and ended each day with a call to granddaughter Meghan Parke, who was also her caregiver. Honorary pallbearers are Sheila's grandchildren, Clint Hubback, Cody Brown, Mark Brown, Meghan Parke, Tylor Parke, Nick Strietzel and D.J. Strietzel; great-grandchildren Khloe Mayes, Shaylynne Brown and Peyton Hubback. She is being cremated and her ashes will be spread by her children and grandchildren. The family asks that memorials be made to your local church in the name of Sheila and her beloved Jesus Christ.

Sheila Hendrickson, 74 of Richland, Washington passed away on Thanksgiving, November 25, 2021. She was born April 18, 1947 to Hjalmer and Mary (Young) Hendrickson in Devils Lake, North Dakota. She grew up near Rock Lake, North Dakota on the... View Obituary & Service Information

The family of Sheila Faye Hendrickson created this Life Tributes page to make it easy to share your memories.

Sheila Hendrickson, 74 of Richland, Washington passed away on...