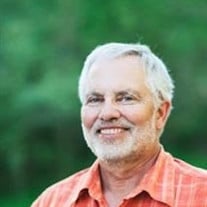 Scott Alan Kinghorn was born November 14, 1951 in Fort Collins, Colorado, the eldest child of Ferrin B. Kinghorn and Virginia Adalyn Blessing. When he was 2 years old the family moved to Rigby, Idaho where Scott's dad worked and then later owned, the Rigby Veterinary Clinic. Scott grew up in a great neighborhood among friends and siblings who enjoyed playing football and other outdoor sports. Many hours were spent working in the family veterinary business where he developed a strong work ethic and a lifelong love of animals. He attended Rigby schools then after graduation from Rigby High School in 1970 attended one year at Idaho State University and two years at University of Idaho in the pre-vet program. After applying and being accepted to both Washington State University and Colorado State University Schools of Veterinary Medicine, he chose to follow his Dad's alma mater and graduated in January 1977 with a Doctorate in Veterinary Medicine and Biomedical Sciences. While on summer break in 1973 he met Cristeen Merrill of Annis, Idaho. They were married in 1974 in the Idaho Falls Temple of The Church of Jesus Christ of Latter-day Saints. They are the parents of four children and 15 grandchildren. After graduation he returned to Rigby and entered the mixed-animal veterinary business with his dad where he practiced for 27 years. His brother, Clark, later joined the practice as well. In 2004 Scott and Cristeen moved to Kennewick, Washington where Scott worked for 5 years for the USDA, then in 2009, together they opened a small animal practice, Rock Creek Veterinary Service in Kennewick where he served the Tri-Cities for the past 10 years. He was a beloved and skilled veterinarian and excelled at his chosen profession. He leaves behind many faithful and loyal friends, clients, and patients. Scott passed away suddenly at his home in Kennewick on June 28, 2020. He leaves behind his wife of 46 years, and a family whom he loved very much. He was a devoted Dad to Matt (Liz) of Idaho Falls; Annie Stott (Marcus) of Tyler, Texas; Graig (Kendall) of Leadore, Idaho and Lynne Jones (Rob) of Kennewick, Washington. He was a fun loving Poppa Scott to Kelton, Brenner, Aivree, Kinzlee, Eliza Nohea, Raleigh Anne, Creed, Lainey, Eli, Braddock, Mesa, Andi, McKynna, Kayson and Madi. He is survived as well by his mother, Virginia Kinghorn of Rigby; sisters, Mary Brook Brimhall (Reed) of Meridian, Idaho and Laura Jean Kinghorn of Idaho Falls, Idaho and one brother, Clark of Pleasant Grove, Utah. He was preceded in death by his dad, Ferrin, in 2013. A small family graveside service will be held Tuesday July 7, 2020, 10 a.m. at the Annis Little Butte Cemetery under the direction of Eckersell Funeral Home, in Rigby, Idaho. Condolences may be sent to Cristeen and family via email at [email protected]

Scott Alan Kinghorn was born November 14, 1951 in Fort Collins, Colorado, the eldest child of Ferrin B. Kinghorn and Virginia Adalyn Blessing. When he was 2 years old the family moved to Rigby, Idaho where Scott's dad worked and then later owned,... View Obituary & Service Information

The family of Scott Alan Kinghorn created this Life Tributes page to make it easy to share your memories.