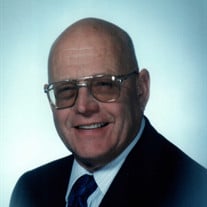 Robert John Tanska, 85, passed away on July 19, 2021, in Kennewick, WA. Bob was born May 21, 1936, in Renton, WA to Eino and Mamie (Dorman) Tanska. He grew up at Pine Lake, Issaquah, WA, and graduated from Issaquah High School. He graduated from Columbia Basin College with an A.A. Degree in Fire Science in 1983. In June 1954 he joined the US Navy Reserve as an aviation electrician and was a 2nd Class Petty Officer with VS 891, an anti-submarine squadron. His unit was called to active duty during the Cuban Missile Crisis in 1961-1962. Bob married Kathleen Phillips in 1955 and to this union were born three children before the marriage ended. He married Susan Smart on April 9,1966 in Lind, WA, and moved to the Tri-Cities. They moved to Burbank in 1972. Bob was a volunteer fireman for 39 years. He began as a charter member of Pine Lake Station 4, King County Fire District 10. He served as the Fire Chief at Adams County Fire District 2. At Walla Walla County Fire District 5, Bob served as firefighter and EMT, various officer positions, Fire Chief, Assistant Fire Chief/Training Officer, and then as a Fire Commissioner for 6 years. He was also a county building inspector and fire marshal. Bob worked for Bechtel as a Safety Rep/Fire Marshal during construction at WPPSS 2. Bechtel sent him on special industrial safety and fire protection assignments to Okpo, Korea; Moscow, Ohio; Vandenberg Air Force Base, CA; and Jedda, Saudi Arabia. He was a senior training specialist where he developed, implemented, and maintained Industrial Safety Training courses, the fire protection program, and the fire brigade. Bob worked for Bateman Engineering as the construction site safety manager in Murutau, Uzbekistan. He was an adjunct instructor at Columbia Basin College in the Environmental Restoration Management Technology program. He taught CPR classes at Burbank High School and was a first aid instructor. In September 1992, Bob started his own consulting and training business, Safety Training Services. He provided all aspects of industrial safety, fire protection, hazardous waste material and OSHA 500 training. He retired in 2004. An avid deer hunter since the age of 12, Bob enjoyed trips to the mountains at Chelan, WA. He played Santa Claus for several years at Francisco's Restaurant and at the pre-school in Burbank. Bob was preceded in death by his parents, his sisters Ilene Treosti and Mayme Lou Bischoff, and a son, Eric Tanska. He is survived by his wife, Susan, Burbank; children: Karen (Mike) Deardurff; Steve (Cyndi) Tanska; Tammy (Dean) Anderson; Amy Tanska; and Ryan (Sheli) Tanska; ten grandchildren, and twelve and one-half great-grandchildren. A Celebration of Life will be held at 1:00 p.m., Saturday, July 31, 2021, at the First Baptist Church, 723 W Humorist Rd., Burbank, WA.

Robert John Tanska, 85, passed away on July 19, 2021, in Kennewick, WA. Bob was born May 21, 1936, in Renton, WA to Eino and Mamie (Dorman) Tanska. He grew up at Pine Lake, Issaquah, WA, and graduated from Issaquah High School. He graduated... View Obituary & Service Information

The family of Robert John Tanska created this Life Tributes page to make it easy to share your memories.