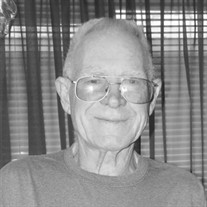 Richard (Dick) Allen Rochleau, 80, of Kennewick, died May 5, 2020 at the Chaplaincy Hospice House in Kennewick. He was born June 17, 1939 to Victor and Ola (Blue) Rochleau in rural Algona, Iowa. After graduating from Algona High School in 1957, Dick graduated from Dunwoody College of Technology in Minneapolis, MN which is where he met and married his loving bride, Mary Dibbert, on December 30, 1961, after 52 days of courtship. Dick is survived by his wife as well as their five children, Tori Rochleau-Rice (Michael) of Shoreline, WA; Rick Rochleau (Cindy) of Pasco; Glen Rochleau of Kennewick; Rhonda Rochleau of Maple Valley, WA; and Ken Rochleau (Rejeana) of Kennewick; and eight grandchildren Richard, Nichole, Ryan, Emma, Elsie, Katie, Braydon and Elizabeth. Also surviving are brothers and sisters Joanne Leek of Algona, IA; Ron Rochleau (Renee) of Algona, IA; Carolyn Schuller (Eulan) of Sioux Falls, SD; Gary Rochleau (Jan) of Dallas Center, IA; and Louise Rochleau (Sister-in-law); as well as, numerous nieces and nephews. He was preceded in death by his parents and his brother, Roger Rochleau, of LuVerne, IA. Dick was a dedicated family man and loved dearly by his family and friends. He cherished family gatherings and enjoyed spending time at the family mountain cabin, taking road trips across the country with his wife, cheering on the Mariners, woodworking, competing archery golf with his family, fixing anything mechanical, serving and caring for his family and friends, and doing anything that kept him moving. He impacted many lives and will be dearly missed. Memorials may be made to Chaplaincy Hospice House (chaplaincyhealthcare.org) or to the charity of your choice. A service will be held at a later time.

Richard (Dick) Allen Rochleau, 80, of Kennewick, died May 5, 2020 at the Chaplaincy Hospice House in Kennewick. He was born June 17, 1939 to Victor and Ola (Blue) Rochleau in rural Algona, Iowa. After graduating from Algona High School in 1957,... View Obituary & Service Information

The family of Richard Rochleau created this Life Tributes page to make it easy to share your memories.