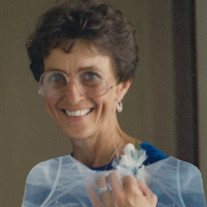 Phyllis Adell (Nardinger) Corbally, 81, of Kennewick passed away peacefully with family and friends by her side on September 17, 2020. She was one on 11 children born to Frank and Ann Nardinger in Saint Rose, MN on January 15, 1939. In 5th grade Phyllis met her future husband Richard Thomas Corbally. She graduated from Central Catholic High School with Richard in 1957. Upon his return from 2 years in the Navy the two got married at St. Gerard's Catholic Church in Great Falls, MT on December 26, 1959. In June of 1965, the Corbally's packed up their growing family and moved to Salt Lake City, UT for work. In 1967 the family was transferred to Kennewick, WA. Phyllis was very active with her children's activities. She was a Den Mother for Cub Scouts and Boy Scouts for her two sons and was a Blue Bird and Girl Scout Leader for her two daughters. Sports soon became the center of Phyllis's life with many years spent at ball fields and gymnasiums throughout the state of Washington. Once her children were in high school and college, Phyllis began working at Hanford again as an executive assistant. Upon retirement her interests included woodworking, in addition to photography and videotaping her kids sporting events. A lifelong lover of travelling, her trips included Europe, Japan and Ethiopia! With her grandkids living in Seattle and Las Vegas, Phyllis was able to enjoy her love of culture which included attending shows and plays as well as travelling to New York City for Broadway. The Corbally's are dedicated Coug fans with Sean, (Rod), Jeff, Curt and both granddaughters all graduating from Washington State University. Phyllis adored her grandchildren Jamie (30), Haylie (25) and Kevin (10). She spent 20 years taking her Winnebago, often with her grandchildren, to the Nardinger family cabins in Swan Lake, MT for family week. Phyllis was a daredevil and loved going on scary rides including jumping off the Stratosphere in Las Vegas. Phyllis said, "There isn't a rollercoaster in the world I wouldn't try." Phyllis is survived by her daughter Sean Scarr of Sammamish, WA; son Curt of Renton, WA; granddaughters Jamie Scarr of Seattle; Haylie Scarr of Bellevue; and grandson Kevin Corbally of Las Vegas. She is preceded in death by her husband Richard Thomas Corbally, daughters Jana Marie and baby sister and son Jeffrey Richard Corbally.

Phyllis Adell (Nardinger) Corbally, 81, of Kennewick passed away peacefully with family and friends by her side on September 17, 2020. She was one on 11 children born to Frank and Ann Nardinger in Saint Rose, MN on January 15, 1939. In 5th grade... View Obituary & Service Information

The family of Phyllis Adell Corbally created this Life Tributes page to make it easy to share your memories.