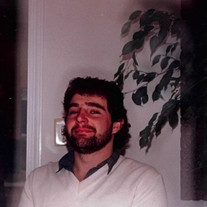 Phillip "Phil" Edward Paris, age 61, passed away on Wednesday, February 9, 2022, at his home in Kennewick, WA. The beloved son of Edward and Gwen Paris was born February 1, 1961, in Vancouver, WA. His family moved to Kennewick in 1968 when Phil was 7. Phil had a very happy childhood growing up with his 2 sisters, Denise and Keely, and younger brother, Mike. Phil attended Kennewick High School where he played football and graduated in 1979. As a teenager he worked with his father at Pasco Pacific Warehouse. His father eventually bought the business and renamed it Mid-Columbia Warehouses. After his father passed, he became President of Mid-Columbia Warehouses. Later in life he changed careers and began working for Apollo as a member of the Local 598 Pipe Fitters Union. In 1987, Phil was blessed with his daughter, Nichole, and in 1990, his son, Danny. Phil enjoyed taking his kids skiing, boating, camping, and for rides on his motorcycle. One of Phil's greatest joys was becoming a grandpa. On a trip to Las Vegas, he got lucky and won a Harley Davidson on a slot machine. From that day forward he enjoyed many trips riding with his closest friends. One of his favorite trips made with family and friends was riding to Sturgis. Phil loved an adventure, whether it be hunting, water sports, skiing, or driving/riding anything that went fast. He had a need for speed. His passion showed with his smile he gleamed while he was engaging in these extreme sports with friends and family. He was always up for an adventure. Phil also enjoyed building cars and motorcycles. He spent endless hours and late nights covered in grease fixing up anything he could get his hands on. He had a dream to open his own shop one day and talked about it often. Unfortunately, this dream was not to become a reality. Phil was a compassionate person that would help his family and friends at the drop of a hat. It didn't matter what the hour was, if you called, he was there. Phil was loved and will be missed by his family and friends. Phil is preceded in death by his father, Edward Roy Paris. Phil is survived by his children, Nichole Paris, Daniel (Kelsie) Paris; grandchildren, Kaicen, Laila, and Amiaha; mother, Gwen Paris; sisters, Denise (Wes) Neumann, Keeley (Steve) Robinson; brother, Michael (Daisy) Paris; nephews and nieces, Cory and Cyle Neumann, Steve (Chelsea) Dearinger, Kasey (Isaac) Case, Shaun Dearinger, Isaac and Reese Paris. A graveside memorial will be held Saturday, February 26, 2022, at 1pm at Desert Lawn Memorial Park, 1401 S. Union St, Kennewick, WA 99338. Reception to follow at the Keewaydin Community Center. In lieu of flowers, please make donations to My friends Place or Safe Harbor to help kids in need. For more information visit safeharborsupportcenter.org.

Phillip "Phil" Edward Paris, age 61, passed away on Wednesday, February 9, 2022, at his home in Kennewick, WA. The beloved son of Edward and Gwen Paris was born February 1, 1961, in Vancouver, WA. His family moved to Kennewick in 1968 when... View Obituary & Service Information

The family of Phillip Paris created this Life Tributes page to make it easy to share your memories.