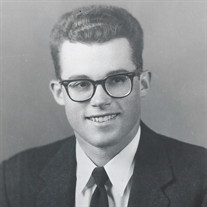 Norman Leroy Welch born in Pasco Washington on December 31, 1936 the oldest of two sons born to Norman Arvil Welch and Dora Dean Carruth. Although he moved around some as a child, he primarily spent his years in the Connell area, Leroy married Shirley Ann Magelsen on September 7, 1960. They were just shy of their 60th anniversary when Shirley died August 19, 2020. Leroy passed away peacefully in his home in Burbank Washington on October 17, 2021. He was proceeded in death by his parents, wife Shirley and two daughters Audrey Lee and Jennifer Lynn. Leroy is survived by his children Norman Otto Welch, (Tammy Smith) Edith Earlene Welch, Malaura Welch Dunn, (Robin Paul Dunn) Naomi Welch Johnson (James Johnson) Joshua Aaron Welch (Laurie Clarno) and many grandchildren and great grandchildren. He also left behind many honorary children the first of which was Amphaivanh Kommavongsa (Julie Walker). Norman Leroy Welch, was a man of stoic, considerate, unyielding love. He always asked more questions than gave answers, and pondered long on each choice presented to him. An indomitable character that sought to help those he could whenever possible. As stoic as he was, he could never hide the ecstatic joy gained from seeing his life's work surround him, his family. He worked hand in hand with his late Wife Shirley to create an environment welcoming to all. Leroy’s family was his pride and joy, and he dedicated his life to make sure that they were being provided with what they needed to make the best of each situation. A teacher in all things and moments, Leroy taught both by actions of leadership, and often patiently waiting for his student to recognize that class was in session. Often, he would simply provide the time, tools and the task, then patiently wait for child, grandchild or whomever had the pleasure to be around to finish the job. This resulted in a lot of mistakes, which Leroy always met with a touch of laughter, and a positive attitude towards fixing this new problem. In his more youthful years, he would find every chance to go out and play with his family. From rounding up the neighborhood on Sunday afternoons for full contact soccer, to wrestling with his children in the yard, or waking up his kids to play night games when he got home from the fields. Effort was always made to make sure quality time was spent with the families' young ones. It was even a habit of his to scoop up a child out of bed before sunrise to accompany him on his morning tasks, if only to sit alongside him in a tractor, and enjoy each other's company. When distance kept him from his loved ones, he always managed to write you a letter just when you needed it, and to make sure it ended with a laugh he would include a comic strip from the paper to make sure you stayed in high spirits. These same comic strips were also always included in every bill paid and every contact made to ensure there was always something to smile about. A man of faith and honor, Leroy treated his word as gold, and said only what he meant. A hand shake from Leroy was better than a signed contract. When he set out to take Shirley on their first date, he mistakenly walked up the driveway of the wrong house, and in the process disturbed a plot of wet cement. Driven by his code, he delayed his date to correct his mistake and fix the damage done, only to show up to his first date with cement coated hands, pants and shoes. Every moment was a new opportunity for Leroy to contemplate his faith and his love in God. Often, after time in the field one child was told “If you always look up for your answers to your problems, you will never go wrong” He constantly magnified his callings, respected the leadership of his faith, and pondered long on the teachings of his gospel. Steadfast he held to the iron rod until the moment that he was welcomed into the gates of heaven. Leroy long prepared for his departure on this earth, and moved on to the next life prepared and unafraid. The Welch home was a long-standing bastion of love, laughter, lessons and some great food. No matter the month of the year or the time of day there was always a home to those who needed it. There was always a listening ear to hear your ups and downs, a thoughtful silence to live in the moment, and an abundance of advice on how you could make the best out of what you had. If something was had, it was shared.

Norman Leroy Welch born in Pasco Washington on December 31, 1936 the oldest of two sons born to Norman Arvil Welch and Dora Dean Carruth. Although he moved around some as a child, he primarily spent his years in the Connell area, Leroy married... View Obituary & Service Information

The family of "Leroy" Norman Leroy Welch created this Life Tributes page to make it easy to share your memories.