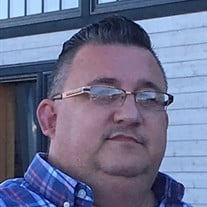 Norman Wayne Ward "Stormin Norman" June 26, 1966 - Oct. 10,2021 Norman Ward passed away suddenly on October 10, 2021. Born in Idaho Falls on June 26, 1966, Norm was welcomed into the Ward family by his father, Wayne Randall Ward, and his mother, Lois Jeanne Ward. He was raised in Idaho Falls, Idaho and moved to Kennewick, Washington in 1987. That same year he met his wife, Yolanda, and married her 6 years later in 1993 on the water in Edmonds, Washington. Accomplishing one of his life goals of starting a family, he had his first son in 1996 followed by his daughter in 2001. In 2010, another life-long dream of his was made real upon the opening of his business "Wine Country Furniture" where he worked until his last days. Everyone always knew when he walked into the room with his stream of constant jokes, loud and proud voice, or just the energy he brought into the room. Norm's passion and priorities were always his family and business above all else. Norm's hobbies included fishing, gardening, caring for exotic birds, and of course being on the sales floor. Many that knew Norm knew that he was a kid at heart with his love for all things fantasy, superhero and science fiction. He will be missed by his wife, Yolanda; son, Jewlian and daughter, Kaeri, and all the friends he made along the way. Norm is preceded in death by his parents, Wayne and Lois; dear friend Harold and his sister and brother.

The family of Norman Wayne Ward created this Life Tributes page to make it easy to share your memories.