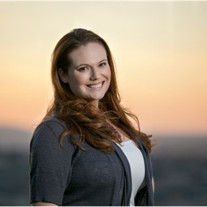 Nichelle Alfaro, age 34, passed away on February 14th in Richland due to complications of an auto-immune disease, surrounded by her family. Nichelle was born in Champaign, IL the firstborn daughter of Carl Wallskog and Deby Sutter. Returning to Kennewick, Nichelle graduated from Southridge HS in 2003 and earned her Masters Degree in Teaching Special Education from Heritage University, where she met the love of her life, Mark Alfaro. They married on September 30, 2017 and Nichelle became Mom to her beautiful daughter, Ari. Nichelle is well known to the Tri-Cities community for her compassion and advocacy for those with special needs. From the time she was in elementary school, she wanted to take care of those who were unable to take care of themselves. Before she was old enough to work, she volunteered at the ARC of the Tri-Cities, eventually becoming a Site Director for the Partners-n-Pals program. She started the Buddy Club (in collaboration with the ARC) for students to partner with a young person of special needs when she was 14 and President of the Hope Club. Nichelle's big heart and desire to help others took her in many directions. She worked in a mental facility in Utah, cared for others in group homes in the Tri-Cities and eventually opened her own group home in Richland where she cared for John and Fred. She became a Foster Mom to several special needs children and eventually found her home as a Special Education Teacher at Sage Crest Elementary School, where she will be greatly missed. Nichelle was a friend and caregiver for over 20 years to Ali Parish, daughter of Paul and Linda. The bond they had was incredibly special and Nichelle loved her "Al Pal" more than words can describe. Nichelle is survived and missed by her husband and daughter, Mark and Ari Alfaro, her father, Carl Wallskog, her mom and step-father, Deby and Rick Sutter, and sisters Nicholle Vojta and Noelle Wallskog. Also surviving Nichelle are her Grandma, Georgia Baketel, Aunt Linda Alden and Aunt Barbara Roberson, best friends Laura Kirk and Julie Decoria.

Nichelle Alfaro, age 34, passed away on February 14th in Richland due to complications of an auto-immune disease, surrounded by her family. Nichelle was born in Champaign, IL the firstborn daughter of Carl Wallskog and Deby Sutter. Returning... View Obituary & Service Information

The family of Nichelle Alfaro created this Life Tributes page to make it easy to share your memories.

Nichelle Alfaro, age 34, passed away on February 14th in Richland...