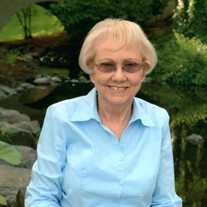 Maxine May Lowe (92) passed away on February 4, 2022, at Brookdale Assisted Living in Richland, Washington. She was born Mary 27, 1929 in Yakima, Washington to Marinus Jack and Lucy (Braun) Quintus. She graduated from Prosser High School in 1948 and married her first husband, Cloyde Marley. They had three children together: Debbie, Cathy, and Ron. After their divorce, she met Woodrow Lowe and they were married in Grandview, Washington in 1953. Maxine was baptized a member of the Church of Jesus Christ of Latter-day Saints in 1956. In addition to Woodrow’s children, Joan, Burton, and Walter; they added their daughter Cheryl in 1960, while living in Moses Lake, Washington. When Cheryl was three years old, they moved to the arm unit that Woody had purchased 14 years earlier. Block 23 of the irrigation project was located 20 miles southwest of Othello, Washington near a town called Basin City. They established a homestead and cleared and prepared the ground for cultivation. To supplement their income until the farm produced a sufficient living, both Woody and Maxine drove school buses for the North Franklin School District for nine years. Woody and Maxine were sealed to each other and Cheryl in the Idaho Falls Temple in 1965 and were active members of the Basin City Ward. In 1972, they purchased a log cabin on a ranch in Bonner’s Ferry, Idaho, where they lived for seven more years. They still remained active in their farming operation in Basin City. After selling the ranch, they moved back to their farm in Washington. Cheryl and her new husband, Rob, accompanied them to join with Walt in working the farmland. Woody and Maxine also lived in Apache Junction, Arizona and St. George, Utah for a short period of time. In 1991, they retired from farming and permanently moved back to their farmland. Woody passed away in 2005. Maxine continued to live on the farm, next door to Rob and Cheryl. They all moved in together in Pasco, Washington so that Cheryl could take better care of Maxine, who was suffering from dementia After Cheryl’s cancer diagnosis, Maxine moved into Brookdale Assisted Living. Maxine is preceded in death by her parents; her brother, Wally Quintus; her daughters, Cathy (Duane) Garlock of Yakima, Washington; and Joan (Bob) Meldrum of Basin City, Washington; her grandson, Alex Marley of Pasco, Washington; and her husband Woodrow of Basin City, Washington. She is survived by her daughter, Cheryl (Rob) Yount of Pasco, Washington; her daughter, Debbie (Bob) Hale of Bakersfield, California; her sons, Ron (Sally) Marley of Pasco, Washington, Walter (Patricia) Lowe of Basin City, Washington, and Burton (Diane) Lowe of Livingston, Montana; 31 grandchildren; 90 great-grandchildren; and 9 great-great grandchildren. A service will be held on Saturday, February 12, 2022 at 10:00 a.m. at Mueller’s Greenlee Funeral Home, 1608 W. Court Street in Pasco, Washington. Visitation will begin at 9:15 am. Interment will be at Bess Hampton Memorial Gardens in Othello, Washington.

Maxine May Lowe (92) passed away on February 4, 2022, at Brookdale Assisted Living in Richland, Washington. She was born Mary 27, 1929 in Yakima, Washington to Marinus Jack and Lucy (Braun) Quintus. She graduated from Prosser High School in... View Obituary & Service Information

The family of Maxine May Lowe created this Life Tributes page to make it easy to share your memories.