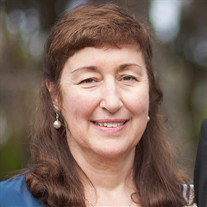 God came and took Mary home on Tuesday, September 17, 2019, to her eternal rest after a long and arduous battle with bone marrow precancer. He sent her here for a short stay on January 13, 1955. She came into this world at Emanuel Hospital in Portland, Oregon to Boyd and Alice Bennett. She was their third child of an eventual four, preceded by Jim and then Kathy, and eventually followed by David. Mary’s family moved to Kennewick, Washington when she was less than 1 year old. Her parents opened the first homeowner rental business in the Tri-Cities, and Mary, along with the other Bennett children, soon started what would turn into a lifelong involvement in and love for Bennett Rentals and the communities it serves. From an early age, Mary took pride in what she did in a good way and loved deeply. After starting school, she proved to be an exceptional student but was somewhat shy. When she was in high school, one of her teachers insisted she try out for a play because of her aversion to public speaking. Her capabilities as an actress were phenomenal and she entered an acting career that lasted through the rest of her secondary schooling and propelled her into the pursuit of a bachelor’s degree in drama at the Central Washington University in Ellensburg, Washington. She would soon discover, however, that her Maker had plans for her life other than the theatrical stage. Mary had chosen to follow Jesus when she was 13 years old. That decision and faith carried her through her time at Central, where she realized her life was meant for another path. She persevered through the subsequent difficulty of vocational change and attended Trend College and became a secretary at Hanford where she met her husband, Bob. After a whirlwind courtship, they were married on March 4, 1978. God blessed them with two amazing sons, Daniel and Bennett. Mary transitioned again from working at Hanford to embrace her true calling: Christian service, first to her family as a fulltime stay-at-home mom, and second to her community as a lifelong volunteer in many capacities. Mary served the community through volunteering in classrooms at Badger Mountain Elementary and Parent Patrol at Richland High School with her husband. She served at church through teaching Sunday school, volunteering at Vacation Bible School, and as a Stephen minister. She also attended Bible Study Fellowship, where she served as a group leader and a children’s leader. She loved to bake cookies, make playdough for Sunday school and spend time with her family over home-cooked meals, telling stories and sharing life together. Throughout all she did, Mary was a fountain of emotional and practical support, spirituality, love, and wisdom and truth from the Bible. Her charity to others and support of community outreach events at Bethel Church further illustrated her total commitment to Jesus Christ. Above all else, Mary made much of her Savior Jesus Christ and desired that others should know the salvation that is found in his Name. To her very last breath, she proved her conviction that there is no greater drama than His, and how she counted it her privilege to play the part He had given her in His ongoing story. Ask all who knew her, especially those closest to her, and they will tell you that she played her part very well. Mary is survived by her husband, Bob; sons, Daniel (Camille) and Bennett; her mother, Alice; sister, Kathy; brothers, Jim and David (Pati); as well as several nieces and nephews. A celebration of life will be held at Bethel church on November 8, 2019, at 1:00 p.m. In lieu of flowers, you can donate to the CBC Nursing program in the name of Mary Rieck. Donations can be made electronically at columbiabasin.edu/foundation, or you can contact Anneke Rachinski by email at [email protected], by phone at 509.547.0511 ext. 2327, or by mobile phone at 720.998.6164.

God came and took Mary home on Tuesday, September 17, 2019, to her eternal rest after a long and arduous battle with bone marrow precancer. He sent her here for a short stay on January 13, 1955. She came into this world at Emanuel Hospital in... View Obituary & Service Information

The family of Mary Luann Rieck created this Life Tributes page to make it easy to share your memories.