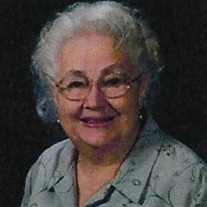 The world just became a cruder, less intelligent, lonelier place. Margaret Anne Cronin Moore died August 27, 2021. Her facility was in Covid-19 quarantine but her loved ones were able to be with her in her last hours. Margaret was born in Enterprise Oregon at her Grandma Beck’s midwifery/convalescent home on January 12, 1927. Her family lived in logging camps in the Wallowa Mountains for a time but settled in Clarkston. Her little sister, Billie Jean, died in a scarlet fever quarantine when Margaret was four, but the edges of the painful loss dulled a little with the arrival of her infant cousin, Sydney, who lived with the Cronin’s in Clarkston. Margaret went to college at Lewiston Normal School after high school from 1944 – 1946 where she wolf-whistled out the second story library window at the first returning soldier, Harry Moore. (She denied the whistling until Harry passed 60 years later.) Harry & Margaret graduated and were married in June. Then the baby boom began where the Moore’s contributed five Pasco kids. About five years later, Margaret thought she’d see if the Pasco School District would let her substitute teach every so often, but they pushed her to be a full-time kindergarten teacher at Mark Twain Elementary for those baby boomers. She earned a master’s in Testing and Evaluation. As a side gig, she tested kids whose parents wanted early entry to kindergarten with a test she had to invent since none existed. Margaret transferred to Isaac Stevens Junior High as the Guidance Counselor retiring in the 1990’s. Some of Margaret’s hobbies were reading, shopping, genealogy, and crafting. She enjoyed all the women’s organizations associated with her interests: Educators (ADK & DKG), St. Pat’s (Catholic Daughters & Alter Society), friends (Red Hat & bridge) to name a few. Margaret loved her parents, Walt and Ruth, her Grandmas Beck and Daniels, and her Aunts Ethel, Frances, Georgia. She loved her friends who are too numerous to name. She loved her family which follows. Margaret was painfully preceded in death by her son, Hank Moore, her sister, Billie Jean Cronin, and her cousin, Sydney MacFarlane. She is survived by her children Dick Moore, Shannon Higgins, Tom Moore, Ruthi Bergland (Flint) and( like-a-daughter) Sonya Moore, her grandchildren; Jorgi Duty (Jedd),Dawn Beaudreau, Chance Moore (Linnette), Jade Maldonado(Miguel), Crystal Alexander, Tyson Bumgarner, (Erin), Tanner Bergland, and McIntyre Bergland, her great-grands: Tasia, Mariah, Kelby, Grace, Skye, Ian, Elijah, Hayden, CJ, Daniel, Westin, and her great-great grands: Evelyn, Aerith, Tetra, and Sophia; and her niblings the Moore/Valencia family: Judy, John, Julie, Mary Catherine, Roman, Mario, Mariah, Mateo, and Maxim. We love you forever Mama. Thanks to From The Heart Chaplaincy Hospice for all the great care of Margaret. Sign Margaret’s on-line guestbook at the Mueller’s Funeral Homes website. Services will be at the gazebo at City View Cemetery on Monday, September 13, at 1pm. We will be adhering to City View’s Mandatory mask rule. MESSAGE FROM MARGARET: She knew she made it to heaven when she smelled Grandma Ruth’s cinnamon rolls just coming out of the oven- yes with raisins!

The world just became a cruder, less intelligent, lonelier place. Margaret Anne Cronin Moore died August 27, 2021. Her facility was in Covid-19 quarantine but her loved ones were able to be with her in her last hours. Margaret was born in Enterprise... View Obituary & Service Information

The family of Margaret Anne Moore created this Life Tributes page to make it easy to share your memories.