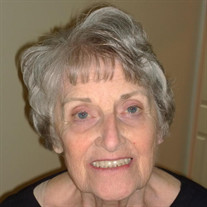 Madelon Neff Hittle, age 83, passed away July 9, 2020 at her home after several months of declining health. She was born September 10, 1936 in Kansas City, MO to Crawford and Josephine Neff in Spring Hill Kansas where she joined her sister, Phyllis. While most of her relatives were diehard KU Jayhawks, she chose the KSU Wildcats to begin her quest to become a Dietitian and graduated in 1958. Her first solo adventure was to join an American Youth Hostel bicycle tour of Western Europe. She shortly got tired of waiting for the girls taking so much time putting on makeup and quit the tour, with another girl, and they learned to hitchhike, like the local youth, and ride on the back of delivery trucks. To become a Registered Dietitian, Madelon selected an Internship offered by the University of Washington. The internship was a one year program and included several venues for the interns and one included the UW Men's Residents Dining Room, where 700 would go through the cafeteria line (This had to best assignment for the interns). Anyway, she was introduced to Dave as he went through the line. This was in early February 1959 and, after a very quick courtship, they married in Seattle on June 10, 1959. Dave had to promise that he would take her back to Europe within ten years. Madelon began her Dietetic career at the Los Alamos Hospital as their Dietitian. In addition, Dave was offered a position with the Zia Corporation, the maintenance contractor for the site. In March, Madelon was given the news that she was pregnant and in late October, Sara Drusanne joined the family. About the same time, Dave was offered a chance to rejoin a Consulting Engineering firm, where he worked while at the UW, so the family drove back to the PNW. The young family was surprised in December by the birth of Stephen Joseph Hittle and those early years were very lean with just one entry level wage. Madelon was the spark of the family and encouraged Dave in his goal to become a Registered Professional Engineer which he received in 1965 after several years of night school at the UW. During that time, Madelon continued with her Dietitian career consulting for doctors and university group housing. In 1967 the family left Seattle, for Dave to start a new Consulting Engineering business in the Tri-Cities. After arriving in Kennewick, Madelon took a Dietetic position at Our Lady of Lourdes Hospital in Pasco. Madelon then was offered a consulting position with a nursing home company with several facilities in the Yakima Valley. Also, during that time, Madelon organized a Regional Consulting Dietitian Group for training and professional development. She helped many of the cooks to become Certified Food Service Managers. In 1969, Dave kept his promise and Madelon returned to Europe - This time without a bicycle. Madelon was the planner and include trips to nearly every state and National Park and all of Western Europe, Train adventures including Mexico's Copper Canyon and one from Beijing to Moscow via Mongolia and Lake Baikal. One of her favorite places was Long Beach, WA. Madelon's health deteriorated rapidly after breaking her hip in London in 2016. She had a very successful surgery in the same hospital where the Royal babies are born. Since then she needed more care so she was in an Adult Living facility. Within a few weeks, she was having memory problems and was placed in a Memory Care facility. She was unhappy to be separated from the family and made it clear that she wanted to return home. In April 2019, Dave arranged to have Hospice and home health care assist him and she remained at home with Dave until the end. She was able to die as she wanted, beside her true love. This was possible due to the wonderful support of Hospice and Diana Gulchuk, CNA. Madelon had a strong belief in God and was a member of the Episcopal Church. During her last day at home, Sara whispered into Madelon's ear to send us a rainbow when she reached Heaven. On the evening of July 9 Peter, Sara's son, looked out of his window and took pictures of that glorious rainbow. We know she is an angel waiting for us to join her in Heaven. She is survived by her devoted husband of 61 years, David. Daughter: Sara Drusanne Hittle-Shupe, Son: Stephen Hittle (Lori), Grandchildren: Peter, Andrew (Megan), and Grace Shupe, and Trevor, Tyler, Kevin and Connor Hittle, Great Grandchild: Mia and baby boy Shupe due in August. She was preceded in death by her parents and sister and her dear dogs Muffet and Snuggles. A private graveside burial will be held in Sept. at the family plot in Lakeview Cemetery in Seattle. In lieu of flowers, please donate to Tri-City Animal Shelter, Hep B foundation, or Hospice.

Madelon Neff Hittle, age 83, passed away July 9, 2020 at her home after several months of declining health. She was born September 10, 1936 in Kansas City, MO to Crawford and Josephine Neff in Spring Hill Kansas where she joined her sister,... View Obituary & Service Information

The family of Madelon Neff Hittle created this Life Tributes page to make it easy to share your memories.