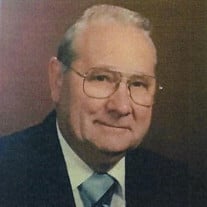 Lemuel Thomas “Bud” Dazey, retired local building contractor and business owner, passed away Wednesday, July 14, 2021, at Lourdes Medical Center in Pasco. He was 92 years old. Bud was born in Acme, Sheridan Co, Wyoming on 21 February, 1929, to parents Ralph M. Dazey and Eurie L. Timm. He came to the Tri-City Area in 1948 with his father to work at the Hanford Site. It was here he met his wife of 72 years, Ramona G. Waggoner. Bud and Ramona have 3 children: Joretta Heath (Steven), Raymond, and Thomas (Alan Pfeifer). They have 2 grandchildren, 4 great-grandchildren, and 1 great-great-granddaughter. Throughout his working life Bud worked mainly in construction. Eventually he owned his own businesses, Bud Dazey Construction and ServiceMaster of the Tri-Cities. He built several homes in the Tri-City Area. In his later working years, his focus was on disaster restoration where he helped people put their lives back together after major home fires, floods, and other disasters. Bud was very active as a community volunteer. He often stated “that the Tri-Cities had been good to him and he felt he owed much back to the community.” Bud served as President for many local organizations: Carpenters Local 1949, Pasco-Kennewick Building Trades Council, Footprinters, Crime Stoppers, Pasco Lions, Riverview Lions, and Three Rivers Sam. Bud was a past-zone chairman of Lions District 19-F and an Assistant Director for the Washington State Good Sams. He worked with the American Heart Association, Pasco High Bulldog Boosters, Pasco Bulldog House. He helped with the Pasco Autumn Festival which evolved into the Fiery Foods Festival and many other organizations too numerous to mention. Over the years, he worked many fundraisers and whether it was flipping burgers, flipping pancakes, or pit bossing a casino night, he could always be counted on to help. Bud was very proud to have been selected as the 1991 TRI-CITIAN OF THE YEAR. He received the Paul Harris Fellowship from Rotary International and the Melvin Jones Fellowship from Lions International. After retirement, Bud and Ramona purchased an RV and went on the road. They enjoyed traveling the country. When Bud learned about the Good Sam Organization, he sought them out and would go on to help form several Good Sam Chapters. Bud and Ramona served as Assistant State Directors for Washington State Good Sams for over 8 years. There they formed many long-term friendships. Bud died from COVID-19 complications surrounded by his wife and 3 children. The family wishes to thank Lourdes Medical Center for taking such great care of him during his brief illness. Our heartfelt appreciation goes out to the 3rd floor ICU nursing staff and doctors. A very special thank you goes out to Patrice Dunson (his “rolling nurse” [traveling]) who was his nurse at the time of his passing and was a great comfort to the family. The family requests no flowers. Donations in Bud’s name can be made to the American Diabetes Association of Washington State, P.O. Box 7023, Merrifield, VA 22116-7023 or The Washington State American Cancer Society, P. O. Box 3682, Seattle, WA 98124. Services will be held at Mueller’s Greenlee Funeral Home at 1608 W. Court, in Pasco, WA on Saturday, September 11, 2021 at 11:00 am. The Service will be followed by a gathering of family and friends to celebrate his life held at the Columbia Valley Grange Hall 6300 W. Court Street, Pasco, WA. Interment will be at a later date.

The family of Lemuel "Bud" T. Dazey created this Life Tributes page to make it easy to share your memories.