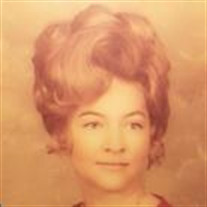 Leilani Sharon Fink was born on March 31, 1944, in Los Angles, California to Lee Edwin Fink and Lillian Rose Fink of Kenosha, Wisconsin. Her Father was serving in the Air Force at that time. Leilani graduated from Mary D Bradford High School in Kenosha and married Joseph W. Lettrick Sr February 1st 1964 who was also a Kenosha resident and they had three children together Joseph, David and Cathy. In 1967 they moved to Santa Clara, California to enjoy the warmer weather and worked for companies involved with the United States Space program. A few years later Leilani divorced and in 1974 moved to Castroville, California to take over a business started by her father called the Double L Fur Ranch (Rex Rabbits) and then expanded the business to include horses and renamed the business to Lady Lei Stables. Leilani become an expert at breeding and showing Rabbits in the 70’s and she also published a Rabbit cookbook called Briar Patch Cookery that received media attention at that time and was invited onto the Merv Griffin show to talk about her Rabbit Cookbook and how she came up with her recipes. Leilani and her children continued to work on the ranch until 1986 and then she sold the ranch and moved to Washington State to be with her children who had moved to Washington a few years prior. Leilani was a wife, mother, grandmother, great grandmother and a business woman. Leilani was a good person who was strong willed and determined to live life to its fullest even though she had many medical and life challenges. Leilani will be greatly missed by her family and friends but will never be forgotten. She passed peacefully December 3, 2020 due to heart failure; she was 76 years old. Leilani is survived by her children – Joseph Lettrick and Cathy Brandner of Kennewick, WA. Sisters - Deidra Wadewitz of Racine, WI and Judith Oberst of Kenosha, WI. Grandchildren – Chad Lettrick, Shaun Lettrick, Cody Brandner, Katie Brandner, Jacob Lettrick and Julie Lettrick. Great grandchildren - Dylan, Collin, Kendall, Adessah, Elijah, Adalynn and Blake.

The family of Leilani Sharon Fink created this Life Tributes page to make it easy to share your memories.