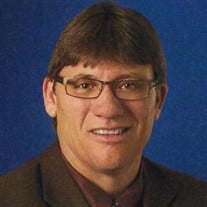 On the morning of May 19, 2021, we unexpectedly lost our son, brother, husband, father, and grandfather (papa) while on his daily morning hike on the Las Trampas Trail in Danville, California at the age of 58. Kenneth (Kenny) John Wells was born March 3, 1963, to Wathen and Evelyn Wells at Our Lady of Lourdes Hospital in Pasco, Washington where he spent his early childhood and graduated from Pasco High School in 1981. In high school he played football for the Pasco High Bulldogs as an offensive lineman jersey #65. Ken graduated from Washington State University (WSU) with a Science degree in Electrical Engineering. Ken is survived by his mother Evelyn and preceded in death by his father Wathen Wells. He leaves behind his wife Antoinette Wells, along with his sons Brian, Steven (Genny), Joseph and his grandchildren Sophia and Hannah Wells. Paula Wogan (Zweiner) is the mother of Brian and Steven Wells. He is also survived by his brothers Mike (Judy) and Mark (Shawn) Wells and nephews and nieces Matthew (Shaley) Wells; Kristen (Simon) Bahr and their children Maya and Maxwell; Kevin (Danielle) Wells and their son Ethan. Ken was a devoted husband and father who loved to spend time with his family. He never missed a game where his sons played football and baseball and even attended many high school concerts. He was their coach, their role model and mentor. He enjoyed family vacations and being outdoors boating, fishing, and hiking, and loved sports and classic cars. In 1987, Ken began his career with PG&E in San Francisco as a Power Systems Engineer. Over the next 35 years, he held various leadership roles in Distribution, Substation, and Transmission within the Utility and rose to position of Vice President of Electric Distribution Operations. He was an exceptional leader, coworker, friend and led with passion for others at all levels. In lieu of flowers, donations can be made in Ken’s memory to the Leukemia Lymphoma Society, The American Heart Association, the Valley Children’s Hospital (of California) or your favorite charity.

On the morning of May 19, 2021, we unexpectedly lost our son, brother, husband, father, and grandfather (papa) while on his daily morning hike on the Las Trampas Trail in Danville, California at the age of 58. Kenneth (Kenny) John Wells was... View Obituary & Service Information

The family of Kenneth John Wells created this Life Tributes page to make it easy to share your memories.