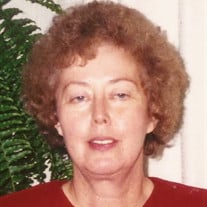 June Marie Attridge Hubbard died 13 March 2022 in Bountiful, UT. She was 83 years old. June was born 9 April 1938 at Rigby, Idaho to Thelma Marie Jensen Attridge and William James Attridge. June is the third of 5 children. She spent much of her life dedicated to Jesus Christ, her husband and family and many others outside the family circle. June spent her early years in Idaho, Oregon, California often living in the mountains as her father worked building dams. Her family finally settled in Rupert, Idaho where she met John Hubbard who would become her eternal companion. They were married and sealed in the Idaho Falls Temple on March 17, 1961. A member of the Church of Jesus Christ of Latter-Day Saints, she dedicated her life to Christ by doing his work. John and June spent their early parenting years in Utah, Ohio, New Mexico, and Washington D.C. Kathy, David, and Mark were born during this time. Brent, Karen, and Amy would follow soon after their move to Kennewick, Washington in 1968. People would often comment on June's "loveliness." She loved beauty everywhere she found it. She enjoyed make-up, clothes, homemaking, cooking, cleaning, flowers, babies, and kittens. She loved her children and was a fierce advocate for them. June liked to throw parties. Surprisingly shy, June nevertheless understood that people need to feel connected to each other. She provided fun, safe places where they did not feel judged. Her children's friends and adults who struggled were always coming and going from our home. She had the Gift of Discernment and knew when a person was either insincere or insecure. As children, we often visited the elderly with both of our parents. John and June served three missions for the church: Adelaide Australia where they were mission presidents, New Zealand Temple and the Family History library in Salt Lake City. June is survived by her husband, John, her children Kathy (James) Behunin, David (Kelli) Hubbard, Mark (Debbie) Hubbard, Brent Hubbard, Karen (Jason) Emerick, Amy (Jesse) Hunter. There are 19 grandchildren and 16 great-grandchildren. June is also survived by her brothers and sister, Joan (Jack) Johnston, Bill (Lynn) Attridge, Robert (Betty) Attridge and David (Julie) Attridge. "For the arrow is flown and the moments are gone. The millennial year presses on to our view, and eternity's here" There will be a visitation Saturday, March 19th at 10:00 AM with a funeral service to follow at 11:00 AM at the Kennewick East Stake Center at 515 S. Union St, Kennewick, Washington.

June Marie Attridge Hubbard died 13 March 2022 in Bountiful, UT. She was 83 years old. June was born 9 April 1938 at Rigby, Idaho to Thelma Marie Jensen Attridge and William James Attridge. June is the third of 5 children. She spent much of... View Obituary & Service Information

The family of June M. Hubbard created this Life Tributes page to make it easy to share your memories.