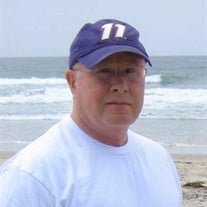 On June 2nd, 2021, in Kennewick, Washington, with his family by his side, James Albert Mercure, age 79, passed into the arms of his Lord and Savior, Jesus Christ. Jim was born on June 12th, 1941 in Sioux City, Iowa to Albert and Phyllis Mercure. He loved his Lord, his family, his church and his friends. He was an active member of South Hills Church where he made incredible friends through Bible studies and the Wednesday Men's Maintenance Crew. Jim was always on call to fix, replace, repair, install whatever a friend or a friend of a friend or a church member needed. He delighted in serving others in this way. Jim graduated from Heelan High School in Sioux City, Iowa. He didn't find his true love until a blind date in 1968, but just six months later, on May 31st, 1969, he married Jane Lillian Hunter in Davenport, Iowa. During the ten years between high school and marriage, Jim joined the Air National Guard, earned his private pilot's license, was an avid boater and water skier, became a skydiver - yes, he jumped out of an airplane more than 700 times - and became a journeyman wireman electrician. Hanford brought him to the Tri-Cities in 1975 where he and his family made their forever home. He was preceded in death by his parents, Albert and Phyllis Mercure, and his only sibling, Lynette Greene. He is survived by his wife of 52 years, Jane, and their four children; Chance James and his wife, Carrie; Hayes James; Jennifer Kate (Mercure) Freese and her husband, John Freese; and Tyson James and his wife, Wendy. He also leaves behind a stepdaughter whom he loved very much, Courtney Kathleen and her husband, Philip Woodall. Sixteen grandchildren will miss their grandfather's presence in their lives; Court and Elle Mercure, Jacob and Paige Mercure, Ava, William and Ruby Freese, Dax, Hayes and Clark Mercure, Cassidy, Aaron, Audria, Eric, Grace and Faith Woodall, four brothers-in-law, five sisters-in-law, dozens of nieces and nephews and numerous neighbors and friends he loved like brothers. During his lifetime, Jim read his Bible more than 40 times, learning something new and gaining deeper understanding with each reading. He would admit to not being a perfect man but he found grace and forgiveness at the cross of his Lord and Savior, Jesus Christ. If Jim were to leave you with just one encouragement, it would be to put your faith in Jesus Christ alone. A memorial service will be held at 1:00PM on Friday, July 23rd, 2021 at South Hills Church in Kennewick, Washington. In lieu of flowers, please consider contributions to South Hills missions, youth or maintenance funds, SamaritansPurse.org, or The Chosen at . Jim was eagerly awaiting Episode 6 of The Chosen when Jesus called his name.

On June 2nd, 2021, in Kennewick, Washington, with his family by his side, James Albert Mercure, age 79, passed into the arms of his Lord and Savior, Jesus Christ. Jim was born on June 12th, 1941 in Sioux City, Iowa to Albert and Phyllis Mercure.... View Obituary & Service Information

The family of James A Mercure created this Life Tributes page to make it easy to share your memories.