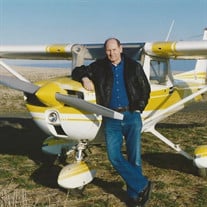 James Hugh McCurry, 90 of Kennewick, WA, passed away peacefully Sunday, January 2, 2022, at Hawthorne Court Leisure Care Center in Kennewick, WA. He was born on May 4, 1931, in Anderson, Indiana, son of the late Clyde K. McCurry and Clara A. Kuhns. James joined the United States Army in 1948 serving as a Sergeant in Korea during the Korean War, then being honorably discharged in 1952. After returning home from Korea, James then married his late wife, Louise Lorraine McCurry on June 16, 1952, in Pasco, Washington. He was employed as a police officer for the Pasco Police Department from 1954 through 1966, then continued on as a Building Inspector for the cities of Pasco and Richland retiring in 1981. During his time as a Pasco Police Officer; James also worked part time for an upholstery shop in Pasco. After retirement he continued working full time as an upholstery man for the Ben-Franklin Bus, and NPA United Express Airlines in Pasco. One of James favorite hobbies was flying airplanes in which he owned two planes and flew as a Private Pilot for 40 years. He loved to build and because of his experience as a Building Inspector, he built homes for his three sons as well as helping build a home for his daughter. He also very much enjoyed building model doll houses for members of his family. James spent most of his time thinking mostly of others and was busy doing what he could to help those around him, and during his later years, served as a full-time caretaker for his ailing wife and personal friend Carol. James is survived by sons Dan (Georgia) McCurry of Highland, Utah, James McCurry Jr. of Pasco, WA, David (Vicki) McCurry of Pasco, WA, and daughter Sherry (Jeff) Langston of Silver Lake, WA. James is also survived by many grand, great-grand and great-great grandchildren. Services and Interment will be held at Mueller's Desert Lawn Memorial Park in Kennewick, WA at 10:30 a.m. on Friday January 7, 2022. Mueller's Greenlee Funeral Home in Pasco is in charge of the arrangements.

James Hugh McCurry, 90 of Kennewick, WA, passed away peacefully Sunday, January 2, 2022, at Hawthorne Court Leisure Care Center in Kennewick, WA. He was born on May 4, 1931, in Anderson, Indiana, son of the late Clyde K. McCurry and Clara A.... View Obituary & Service Information

The family of James Hugh McCurry created this Life Tributes page to make it easy to share your memories.