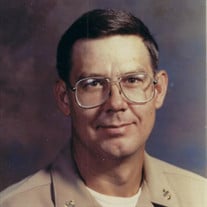 James “Jim/Jimmy” Krudwig, loving husband, father, grandfather – passed away on Friday, July 30th from a brain tumor plus complications from underlying illness, Fragile X Ataxia. He was a soft spoken, good listener, with a dark humor and was very quick witted. James lived his young life in Pasco attending Pasco schools where he met Bill Bezold and Bill Jarrard, with whom he established lifelong friendships. After High school he attended a semester at WSU before he took a rest in between semesters, and he then heard from Uncle Sam (Draft Board). The Draft Board wanted him for a short visit (this was during the Vietnam War time). So, Jimmy joined the Navy in 1965 and stayed for 26 years before retiring as a Senior Chief. All his work was in electronics as an electronic technician in communications. You know the saying “join the Navy and see the world”, Jimmy saw it. He served on 3 ships and traveled to Germany, Norway, Portugal, the Caribbean, Panama Canal, Japan, Taiwan, Hong Kong, Philippines, and Singapore while off the coast of North Vietnam during the war. He lived two years in Western Australia and 17 years in Guam, as well as a few other duty stations stateside. The war conflicts during his service were Vietnam and Desert Storm and Shield. Here are just a few of the interesting things about James: When he was on Navy Communication Station in Western Australia, he started a Skindivers Club called “Aqua Roos” and he taught dive classes/water safety (off Australia the waters were not safe). He met with and invited the skin divers from Perth, Western Australia for a friendly competition. Along with Kathleen (wife) there were many trips exploring the outback: (camping, diving, shelling, viewing the wildlife, and road trips around Western Australia). When he was stationed in Guam, he built 26’ by 10’ with full cabin, flying bridge, a trailer to haul the boat, and a truck with parts from 3 trucks along with the help of his wife and sons. He wanted to go fishing with his family for Mahi Mahi, Marlin, and Wahoo (It was quite a long project for the whole family). Jim Retired from the Navy after 26 years while in Guam. After retirement, James worked as a welding contractor in Guam. After moving back stateside and living in California one of his welding jobs was the new span on the S.F./Oakland Bay Bridge. This job took him down 30’ below the bay and welding the underground pedestals to reinforce the new span on the bridge. That was history in the making. James received two Associates Degrees: Associate in Science and Applied Science Welding Technique. James was married to Kathleen (Kathy) for 54 years. He met Kathleen while attending electronic school in Treasure Island, CA. Kathleen says, he was a great husband, go to person, a friend, and a great listener. He had great immense pride and love for their two outstanding sons. He is survived by his wife Kathleen, Sons: John (wife Melissa), and Eric (partner Ruby), Grandsons: Jack and Seth and Step Granddaughter Charmaine, his cousins: Colleen, Connie Fisher, Karla Krudwig-Guyette (family) and David Krudwig (family). A special thanks to his friends/family for all the cards, phone calls and encouragement to Kathleen and their sons. There will be a graveside ceremony on September 4, 2021, at City View Cemetery, Pasco, WA @ 11:00 A.M. In lieu of flowers, please consider a donation to Fragile X Ataxia Foundation, 1861 International Drive, Suite 200, McLean VA 22102 or to Cancer Society. Thank you!

The family of James O'Brien Krudwig created this Life Tributes page to make it easy to share your memories.