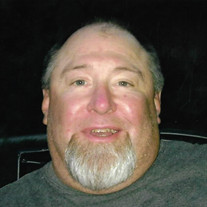 Harold A. Parker, Jr., ("Butch" to all who knew him, "Peaches" to his coworkers) passed away suddenly and unexpectedly on August 24, 2021. A Celebration of Life will be held at Mueller's Tri-Cities Funeral Home, 1401 S Union St, Kennewick, WA, 99338, on Saturday, October 2nd, 2021, at 1:00 p.m. Butch was born in Kennewick, WA., on July 31, 1951 to Harold and Darline Parker. He attended school in Kennewick and graduated from Kennewick High School in 1970 and shortly thereafter married Christine Kasparek. Butch joined the Carpenters Union Local 2403 and in 1978 began work at the Hanford Site in Richland, WA. Butch was heavily involved in Union matters and passionately supportive of his coworkers and, as a result of his dedication, soon became Shop Steward. Butch rose quickly in the Union and held the position of Chief Steward for Local 2403, and then the Union's Business Agent, a position he held until he retired in 2013. Throughout his career Butch was involved with the Hanford Friends and Family Safety Expo, where his coworkers considered him the "King of Logistics." On May 17, 1998, Butch married his childhood sweetheart and soul mate of at least 60 years, Danna Joy Norton, of Seattle, WA. In addition to all of Butch's other qualities, Joy may have been impressed that Butch still had the stuffed poodle she won for him at the Water Follies and Carnival at Columbia Park in the late 1960s; and once they were finally together again, the two were inseparable. In 2019, Butch and Joy, who retired in 2014, came out of retirement to babysit their great-granddaughter, Addison, and soon after their grandson, Ethan. They truly enjoyed their days laughing and playing with the kids, and reading to them, sometimes the same book over and over and over again. Through the years, Butch was a huge supporter of and actively involved in Wishing Star Foundation, the annual HAMTAC Food Drive, and the annual Water Follies. He was also tremendously supportive of local small businesses, especially El Fat Cat Grill in Kennewick. Butch and Joy quickly became friends with the owners, Felix and Jenny Sanchez, and, to show his support and appreciation for their community support, a passion Butch shared, Butch would frequently buy all of the clam chowder on Fridays, which Felix and Jenny would give away, for free and anonymously, to anyone who wanted a bowl. Above all else Butch loved his kids unconditionally, and spending even a minute with them was always the best part of his day. And if he wasn't visiting with them, he was on the phone with them. He was never too busy or too tired to lend an ear, or to join in with whatever event they had going on. He was truly a family man, and especially enjoyed cooking for them. He cooked the most delicious meals on his smoker and made the most amazing smoked salmon! Butch was an artist with wood and loved making almost anything he was asked to make, for anyone who asked. He spent hours in his shop building hutches, shelving, dressers, coffee tables, picture frames, game boards, and restoring furniture, just to name a few, and he was meticulous in his work. And he loved teaching his children and grandchildren how to build things and how to use the appropriate tools correctly and safely. Butch also enjoyed hunting and fishing, restoring his 1940 Pontiac Coupe, watching old westerns, and Saturday night MMA fights when he would invite anyone interested and buy Chinese food for all. He was also an intense cribbage player and was really good at it! Butch was involved in and a huge cheerleader for all of his grandkids and the sports they played. He went to all of their games including baseball, softball, volleyball, and football, as well as attending all of their school programs and concerts. He was their biggest fan. Butch was a devoted husband, son, brother, nephew, cousin, father, grandfather, great-grandfather, and a true and loyal friend. He was loving, extremely generous and giving, and had a huge heart and joyful spirit. He loved the holidays and being with his entire family for all of them. Butch is survived by his wife, Joy; parents, Harold, Sr. and Darline Parker; sister, Diana Parker and brothers, Gary and Terry Parker; daughters Sally and son-in-law Bert Barnes, Stephanie and son-in-law Hal Ireland, Sarah and son-in-law Mathias Algesjo, son Zack and daughter-in-law Erin Parker, and step-daughter Renee and son-in-law Terry Hornbeck; grandchildren Samantha, Adryanna, and Kevin Wharton, Alex and Kaylynne Barnes, Angel and her husband Leif Woods, Ethan Parker, Micah Algesjo, and Jimmy and Jacob Sweet; and great-grandchildren Addison Hall and Leslie Miner. Butch was a huge presence in his community and to his family, friends, and coworkers, and his legacy will live forever in the hearts of all of those he touched. He will never be forgotten.

Harold A. Parker, Jr., ("Butch" to all who knew him, "Peaches" to his coworkers) passed away suddenly and unexpectedly on August 24, 2021. A Celebration of Life will be held at Mueller's Tri-Cities Funeral Home, 1401 S Union St, Kennewick, WA,... View Obituary & Service Information

The family of Harold Arthur Parker Jr. created this Life Tributes page to make it easy to share your memories.