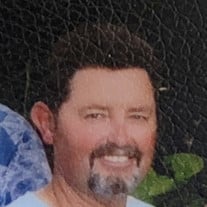 On April 9th, 2022, Gunner Lee Dixon battled a massive heart attack and was taken home to be with the Lord. Gunner was employed by Lucas Engineering as an Equipment Safety Instructor. Before Lucas Engineering, He had recently retired from Lampson International as a Heavy Crane & Rigging Superintendent where he worked tirelessly for over 45 years. He was highly regarded in the crane and rigging industry, like his father, Jack Dixon, who preceded him in death. Gunner was loved and respected by those who knew him and worked alongside him. Those in the community who knew Gunner would describe his pure morality as an individual in this world: his incredible work ethic, his undying loyalty to his family and work of practice, and his selflessness, no matter what the circumstances may have been. Gunner is survived by loved ones who will continue to honor his legacy by embodying his love, devotion, passion, and by living their lives to the fullest; his beloved wife, Lori Ann Dixon, his son Garrett Jacob Dixon, his daughters, Savannah Nicole & Drew Noelle Dixon, and his granddaughter, Lua Rae Yoshioka. He is also survived by his mother, M. Karlene Keyes, his sisters & their spouses, Sherry Mostoller, Tracy Reavis, Nicole & Jeremy Douglas, Yvette & Billy Simmons, April & Hector Montes, and Sarah Keyes. Several nieces, nephews, and cousins survive him as well. He was preceded in death by his father, Thomas Jackie Dixon, and his first born son, Christian Vance Dixon. For those who wish to say their final farewell to Gunner, there will be a viewing on: Wednesday, April 13th from 5-8 Mueller's Tri-City Funeral Home 1401 South Union St. Kennewick, WA, 99338 1(509)783-9532 Celebration of Life will be on: Monday, April 18th at 1PM South Hills Church 3700 W 27th Ave Kennewick, Wa, 99337 With a reception to follow at: Lampson International Headquarters 607 E. Columbia Dr Kennewick, WA 99336

On April 9th, 2022, Gunner Lee Dixon battled a massive heart attack and was taken home to be with the Lord. Gunner was employed by Lucas Engineering as an Equipment Safety Instructor. Before Lucas Engineering, He had recently retired from Lampson... View Obituary & Service Information

The family of Gunner Lee Dixon created this Life Tributes page to make it easy to share your memories.