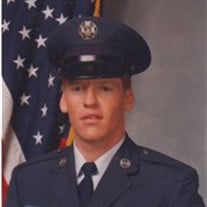 Gregory "Greg" John Anderson, 58, passed away unexpectedly last week at his home in Richland, Washington. Greg was born on July 21, 1962, in Richland, the youngest child to parents Benny and Elma "Sue" Anderson (Luna). Greg graduated from Kennewick High School in 1981. Thereafter, he joined in the U.S. Air Force, serving in the U.S. invasion of Grenada in 1983. Following his military service, Greg was a chef for many years, cooking at the Sundance Resort in Utah and, more recently, at the Red Lion Hotel in Richland. He also worked at several grocery stores in the Tri-Cities. Among his favorite pastimes, Greg enjoyed golfing, attending sporting events, listening to music, reading, coffee, and cooking for himself and others. He was also active in Christ the King Catholic Church. Greg cherished his family and friends, and he will be remembered as a kind, generous, and loving soul. In his way, Greg was funny, boisterous, and a good companion. As he grew older, Greg remained a child at heart and related well with young kids on account of his playful and gentle manner. Throughout his life, Greg struggled with illness and setbacks, but he persevered with uncommon resilience. Until his death, Greg served as an example of consolation in the face of life's misfortunes. He practiced his faith, believed in mercy, and loved his family unconditionally. Greg's sudden passing is an immeasurable loss to his family and those who knew him. Greg was preceded in death by his mother Elma "Sue" Luna and his sister Cheryl Ann. He is survived by his father Benny Anderson and partner Darlene Griffin, sister Eileen Poupore (Anderson) and her husband John Poupore, brother Drue Luna, and half-brother Mark Rollison. He also is survived by his niece Sarah Weaver, nephew Joe Schaeffer, nephew Jourdain Poupore, great-niece Aria Luna Weaver-Inks, and cousins Michael Worby, Mitchell Worby, and Rachael Worby. He leaves behind his cat "Blaze," who had been his steady companion for five years. He also leaves behind his devoted friend, Troy Hanford. His family gives special thanks for the support and assistance that Greg received from Ana Curtis and Ryan Washburn. Greg's remains will be interred at the Tahoma National Cemetery in Kent, Washington. Due to COVID-19, funeral services will be held on a date to be determined. In lieu of flowers, donations can be made to the Columbia Basin Veteran Center, 1020 S. 7th Avenue, Pasco, WA 99301.

The family of Gregory Anderson created this Life Tributes page to make it easy to share your memories.