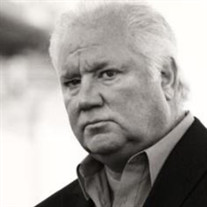 George Thomas White: Father, Grandfather, Brother and Friend, departed this earthly life on November 2nd, 2021 at the age of 62. A life-long resident of Kennewick, George was born January 21st, 1959 to Marie Arlene and George Gilbert White. Growing up, George enjoyed playing baseball and football. After graduating from Kennewick High School, George moved to Davenport, Iowa where he attended Palmer College of Chiropractic and earned his Doctorate in 1983. He was a member of Pi Kappa Chi. Upon his return to Kennewick, George opened Washington Street Chiropractic and was dedicated to his craft for 37 years. George’s healing hands helped many. He would never turn down anyone in need of his services. George had many interests but what was most important to him was family and friends. George shared his love of music and travel with his youngest daughter, Michele. George also enjoyed cooking with his children. He was the master of the Traeger and passed his skills on to his son Anthony. Other hobbies included skiing, car collecting and riding motorcycles. His daughter, Angela, blessed him with his only grandson, Santino. His beautiful life will forever be cherished in the lives of his sister: Deb Moore (Dave); Children: Angela Fraga, Anthony and Michele White; Grandson, Santino; Uncle: Thomas Salvia; Niece and Nephews: Mary, Christopher, Michael and Joseph Patterson. The family is especially grateful to friends and extended family for years of love and concern. Family, friends and others whose lives George touched are invited to attend a Celebration of Life at 3:30pm on Friday, November 12th at Mueller’s Funeral Home, 1401 S Union St, Kennewick, WA. Reception to follow.

The family of George Thomas White created this Life Tributes page to make it easy to share your memories.