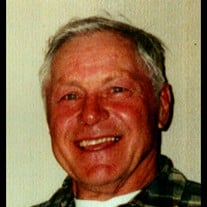 Daddy… if tears could build a stairway, and memories a lane, I'd walk right up to heaven and bring you home again. Frank beloved husband, father, grandfather, great grandfather and friend passed away peacefully on November 10, 2019 at the age of 92. Frank was born the fifth of six children to John and Edith Griffith in Omaha, Nebraska August 1927. In 1936 the family moved to Clarinda, Iowa to the farm his great grandfather settled in the late 1830's. In 1940 the family moved again to College Springs, Iowa. Then in 1943 they moved to Dallas, Texas where he attended Norman R. Crozier Technical High School. He had a love for his country and was in ROTC while in school. In 1944 he left High School enlisting in the Merchant Marines attending Basic Training at St. Petersburg, Florida with training in the engine room. His first duty station was aboard the U.S. Hospital Ship Acadia. He circled the globe visiting many countries aboard several ships. The ships also faced grave danger without armament to protect themselves or their cargo. By the end of WWII 1,554 US vessels laid at the bottom of the ocean, many of them sank by German U-boats. Some 9,500 Merchant sailors died. In 1950 he married the love of his life and High School sweetheart Mary. Frank learned his strong work ethic from his earliest days growing up on the farm. He worked at Baylor University hospital in Dallas as a power plant engineer. In 1953 he returned to the sea on tankers and sailed the Gulf of Mexico, the Caribbean and the Atlantic. Returning to Dallas he worked for Dallas Power and Light. Seeking better career opportunities for his family in 1955 the family moved to Umatilla, Oregon where he worked at McNary Dam as a Powerplant operator. In 1961 he transferred to Ice Harbor Dam in Burbank. Then in 1973 the family moved to Orofino Idaho where he worked at Dworshak Dam. Frank worked as a Volunteer firefighter and an EMT in Burbank and a firefighter in Orofino. After retiring from the Corp of Engineers in 1987 he and Mary moved to Kennewick in 1993. Frank enjoyed hunting for sunstones in the Oregon desert and metal detecting. Frank was always known as the "yes man" being the first to volunteer. He loved spending time with family and friends in whatever he did. Frank was proceeded in death by his parents, John and Edith, brother Warren, sisters Elsie, Ruth, Pearl, Mildred and wife Mary. He is survived by his son Eric and wife Linda, son David and wife Karen, and daughter Karen and husband Robert. Frank had three grandchildren and eight great grandchildren. Services will be held Saturday, November 23rd 11:00 am at Mueller's Tri-Cities Funeral Home 1401 S. Union Street in Kennewick with viewing starting at 9:30. In lieu of flowers the family asks that donations be made to the William's Syndrome foundation at 570 Kirts Blvd. Suite 223, Troy, MI 48084-4153 or a charity of your choice. We loved him a lot, but God loved him more. Those we love never go away, even when they can’t be physically present. They walk beside us, still loved, and still missed. No more watch to stand Sailor. A new berth awaits you on the other side. Look sharp sailor and you will be sailing out on heavenly seas so may the wind be ever at your back. Fair winds and following seas.

Daddy&#8230; if tears could build a stairway, and memories a lane, I'd walk right up to heaven and bring you home again. Frank beloved husband, father, grandfather, great grandfather and friend passed away peacefully on November 10, 2019... View Obituary & Service Information

The family of Frank Alfred Griffith created this Life Tributes page to make it easy to share your memories.

Daddy… if tears could build a stairway, and memories a lane,...