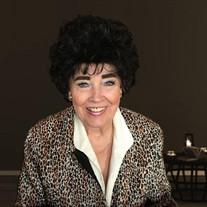 It is with heartfelt sorrow we announce the passing of our beloved mother, aunt, Nana, and friend, Donna Leone Lobdell-Weitz, also known to her many friends and fans as “Donna Lee” Donna Lee passed away peacefully at the Kennewick Life Care Center on October 24, 2021, from complications due to multiple strokes. Donna was born in Myrtle Point, Oregon, to Bill and Muriel Lobdell. Donna resided with her mother in Myrtle Point until they moved to Walla Walla, WA, to be with family. She graduated from Walla Walla high school and attended Whitman college while working for Western Hotels as a banquet manager at the Marcus Whitman Hotel. Donna graduated from Whitman college with a Bachelor of Science degree in three fields. A week after graduation she married Victor D. Weitz whom she met while working at the Marcus Whitman Hotel. Their union produced four children, Victoria (Vicki), Victor K., Kristine & Karl. The family moved to Pasco in 1960 where they began farming on Block I. Donna began her musical career with Joe Wells as “The Humdingers” where they performed at many of the social clubs and Cattleman’s dinners throughout Eastern Washington until Victor D. passed away in 1966. Donna and her children moved into town in 1968 and with the help of friends, family, and the First Congregational Church in Pasco, Donna raised her children without ever remarrying. Her solo music career began as a strolling musician at an Italian restaurant at the Richland Y. From there she performed for nearly 20 years at numerous places such as the Top Hat, the Red Lion in Pasco, the Columbia Room at The Bon Marche, along with singing on cruise ships and at resorts throughout the northwest. Donna ended her singing career at the Crow’s Nest at the Clover Island Inn in the early 1980’s when she assumed the role of Entertainment Director. She retired from the Clover Island Inn in 1985 to help manage The Balloons Above Tri-Cities Balloon Shoppe with her daughter Viki. In 2016 Donna officially retired from operating the balloon shop to live a life of leisure playing her favorite game, bingo, and spending time with her grandkids whom she adored. Donna was preceded in death by her mother and father, Muriel and Bill Lobdell, sister Louella Callahan, brother Billy Lobdell, sister Lillian, husband Victor D. Weitz, and daughter Victoria Lynelle. She is survived by her three children, Victor K., Kristine, Karl, and numerous nieces, nephews, grandchildren, and great grandchild, Banks. The funeral service will be held at Mueller’s Greenlee Funeral Home in Pasco on November 6th at 2PM. A celebration of life will follow at the Pasco Eagles. In lieu of flowers, donations can be made in Donna’s name to the Franklin County Historical Society at www.franklincountyhistoricalsociety.org

It is with heartfelt sorrow we announce the passing of our beloved mother, aunt, Nana, and friend, Donna Leone Lobdell-Weitz, also known to her many friends and fans as &#8220;Donna Lee&#8221; Donna Lee passed away peacefully at the Kennewick... View Obituary & Service Information

The family of Donna Leone Weitz created this Life Tributes page to make it easy to share your memories.

It is with heartfelt sorrow we announce the passing of our beloved...