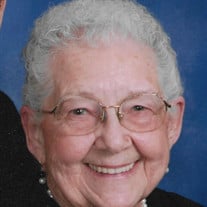 DELORIS M SLEATER 12/20/1932-08/17/2020 Deloris Maxine Hubbard was born in Ft. Laramie, WYO to Oscar E Hubbard and Ethel L Jose Hubbard on 12/20/1932, the 3RD of 5 children. In 1947 her family moved to River Road in what is now Columbia Park. Deloris met the love of her life when she met Jerry Sleater there. They had their first date on 12/20/1947, Deloris’ 15th birthday. They both attended Kennewick High School and graduated with the class of 1950. Deloris and Jerry married in Kennewick, WA on 07/29/1950. While Jerry worked for Safeway, Deloris was the homemaker, wife, and mother of 4 children. Adelia, Gerald Jr, Linda, and Patricia. In 1962, Jerry gave up working for Safeway; and he and Deloris purchased Ray’s Grocery from Jerry’s parents. Deloris added business woman to her many jobs. In 1984 Ray’s Grocery was sold and Deloris and Jerry “retired”, If having over 50 rental properties to take care of can be called retired. Deloris was active in the Red Cross, Kennewick Baptist Church, Bible studies, gardening, knitting, and keeping Jerry in line. In 1990 they repossessed the store and resold it in 1994. Sadly, Ray’s Grocery burnt to the ground Labor Day week of 1997. Deloris went to meet Jerry in Heaven on August 17, 2020 at 4:30 in the afternoon. Deloris is proceeded in death by her loving husband of 68 years 8 months, Jerry Sleater, her parents Oscar and Ethel, brother Gerald, and infant sister Bernice Hubbard, Parents-in Law Ray and Emma Sleater, brothers-in-law, Ray, Dave, and William Sleater; sisters-in-law Norma and Eva Hubbard, and Rena Sleater. Those left behind to cherish her memory are: Brothers Dale and Vernon Hubbard; brothers-in-Law Larry, Ed, and Charles Sr. Sleater. Her children are Adelia Yeager, Gerald Jr and wife Winona Sleater, Linda Sleater, and Patricia and husband Dave Vaught. The 6 grandchildren; David Yeager, Jerry Dee Sleater, Patrick Clark Jr, Scott Sleater, Dana DeWeber, and Kasi Sleater. Her great grandchildren are Amber Taylor, Christian, Abigail, Alora, Zoe, Samantha, Daniel, Caleb, Gabriel, Kaylynn, Erik, and Hugo; and the great-great grandchildren are Karson and Magnolia due in October. Private grave side services will be on Wednesday August 26th at Mueller’s Funeral Home in Kennewick, WA. There will a memorial service announced at a later date.

The family of Deloris Maxine Sleater created this Life Tributes page to make it easy to share your memories.