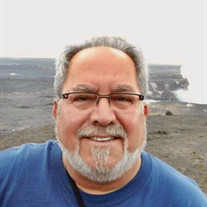 David "Dave" Beecher passed away on September 1, 2021, at the age of 72, with his family by his side. His battle with serious medical issues in recent years showed his courage in facing life challenges with a smile. He was born to Vernon and Lorraine on October 9th, 1948, in Rochester, New York. After graduating from high school in 1966 from his hometown of Watertown, New York, Dave served the country in the US Navy for 11 years, including being stationed at Antarctica and Vietnam. While stationed at his last assignment in Port Hueneme, CA, he met the love of his life, Kathy where they were married 44 years ago. He began working at Westinghouse who relocated them to Kennewick, WA, 42 years ago and served locally in the Naval Reserves for 2 years. Dave soon started with Energy Northwest as a Chemistry Technician and in Quality Assurance for 25 years. He then retired after 5 years of working at Ben Franklin Transit. During their retirement years, Dave and Kathy coined the phrase "cruisers" as they cruised the Caribbean, Panama Canal and Hawaii. Together, Dave and Kathy have 3 Children and 11 grandchildren. He enjoyed watching and cheering on his grandchildren in all their sports and activities. He dearly cherished his grandkids including ALL of their artwork, which could be seen on display pinned up on the walls of his garage. Wherever he'd go, you could be sure that he made an instant new friend. He was infamous for his fist bumps and sayings like "uffdah," "you betcha" and "what a whizzer!" Dave was known for his generosity -- always giving of his time, possessions and putting others first. He had a love of the outdoors that included playing golf, fishing and hunting with family and friends. Outdoor grilling was also something he mastered. His family always looked forward to his annual Christmas prime rib. In his free time, you could find him tinkering in the garage, collecting Star Trek ornaments and memorabilia, playing dice, and solving Sudoku and crossword puzzles. Dave is survived by his loving wife Kathy Beecher of Kennewick, WA; his daughter Kirsten Vickerman and husband Lance of Kennewick, WA and their children Taylor (wife Emily), Brayden, Hayleigh and Maylynn; his son Dave Porter and wife Diane of Centre Hall, PA and their children Breanne, Ella, Kelsey, and Riley; and his son Corey Scherbarth and his children Kylie, Charly and Sam. A celebration of life is scheduled for 1:00 PM on Saturday, September 11th, 2021 at Mueller's Funeral Home (1401 S. Union St. Kennewick) with a 2:00 PM graveside interment with Military Honors. In lieu of flowers, please consider donating to the "David Beecher Memorial Fund" at St. Jude's Gift Fund (https://fundraising.stjude.org).

David "Dave" Beecher passed away on September 1, 2021, at the age of 72, with his family by his side. His battle with serious medical issues in recent years showed his courage in facing life challenges with a smile. He was born to Vernon and... View Obituary & Service Information

The family of David Lynn Beecher created this Life Tributes page to make it easy to share your memories.