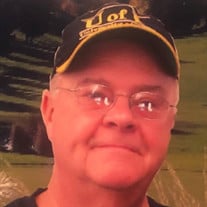 Daniel R Romesburg passed away on May 13th 2020 of Progressive Neuromuscular Disease. Dan Romesburg was born in Hammond, Indiana on October 16, 1950 to Audrey and Richard Romesburg. He moved to Arizona with his mother at the age of 8. At the age of 12, his mother married his stepfather Gordon Nelson who traveled working construction. The family ended up in Orofino, Idaho in 1967. Dan completed his senior year graduating from Orofino High School in 1968. While attending OHS, he participated in football, basketball and baseball. He was offered a football scholarship to Dartmouth College but chose to go to the University of Idaho. He graduated Magna Cum Laude from the University of Idaho in 1972 with his bachelor’s in finance. He then graduated top of his class in 1973 with his MBA. Dan was employed by Potlatch in Lewiston, Idaho after graduating, then moved his family to the Tri-Cities in 1977 and worked as a Budget Analyst for Sandvik Special Metals. In 1979, he took the position of CFO at Nortec in Richland. He continued financial consulting, ending his career consulting for Sandvik Special Metals. Dan was a long-time member of Canyon Lakes Golf Course where he enjoyed playing with the mens gangsome and the couples league. He was an avid golfer, enjoyed fishing, reading, and coaching his children and grandchildren in sports . Dan was fondly remembered as Papa to his grandkids, and cherished many memories with his family at Waitts Lake. Nothing brought him more joy than being a spectator at his grandkids sporting events. Dan loved traveling to Phoenix as often as possible to watch his grandchildren play basketball. His [passion for baseball was filled by following his grandson play KN Baseball and the Kennewick Warriors Baseball team. He was extremely proud of all the boys on the Warriors team, each and every one of them has a special place in his heart. Dan is survived be his wife, Renai Deyo from Orofino, Idaho, son Shane (Kristin) of Gilbert, Arizona, daughter Shannon Street (George) from Kennewick, brother Dave Romesburg (Glenda) from Asotin, Washington, sister Karen Woody (Kevin) of Seattle, and Grandchildren: Zachariah, Olivia, Kobey, Ayzlyn, and Kylen as well as many nieces and nephews. In lieu of flowers please send donations to the Kennewick Warriors Baseball team at 84824 Summitview Dr. Kennewick, Washington 99338 or your favorite charity. Due to Covid, there will be no funeral.

Daniel R Romesburg passed away on May 13th 2020 of Progressive Neuromuscular Disease. Dan Romesburg was born in Hammond, Indiana on October 16, 1950 to Audrey and Richard Romesburg. He moved to Arizona with his mother at the age of 8. At the... View Obituary & Service Information

The family of Daniel R Romesburg created this Life Tributes page to make it easy to share your memories.

Daniel R Romesburg passed away on May 13th 2020 of Progressive...