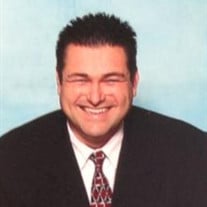 Daniel William Matson of Kennewick, WA was called home to his Lord and Savior on April 17th, 2021 after a heart attack at the age of 54. Dan was born February 22nd, 1967 to William and Rebecca Matson in Seattle, Washington. He was a loving older brother to Jennifer and Kristine, and known to be easy-going and humble; all while pulling the occasional prank. Dan was always the shining example of what an older brother should be. As a teenager, he studied the Bible in depth and was resolutely steadfast in his ever-growing faith. Dan graduated from Woodinville High in 1985, where he wrote spirited opinion pieces for the school paper, in addition to being editor-in-chief his senior year. After graduation he answered the call to serve his country by joining the Navy. Dan served for six years as a Nuclear Propulsion Plant Operator aboard the U.S.S. Arkansas before he was honorably discharged in June of 1991. After serving his country, Dan continued his search for biblical knowledge and earned a Master's in Biblical Studies at Multnomah Bible College and Biblical Seminary in Portland, Oregon. Subsequently, his experience in the Navy led him to work at the Hanford Nuclear Site as a Radiological Control Technician, where he worked for 20 years and formed many long-lasting friendships. Throughout his adult life, Dan's devout interest was the study of the Bible. Watching for signs of Christ's return, he shared his knowledge with others so that they too may be ready. This passion for studying prophecy and prophetic writing led him to publish two books about the second-coming of Christ. After the publishing of his books, his online ministry continued to help him reach people all around the world. Dan did not just study the Bible, he truly lived out his faith through his words and actions towards all those he met. Dan met his wife, Angela, through his sisters while attending summer classes at Washington State University. In 1993, the friendship that the two had formed over several summers grew into a relationship, then blossomed into a lifelong love when they married later that year. Dan was a devoted husband to his wife, and loving father to their four children. He loved to plan long road trips to National Parks around the country so that he could share his love of nature and adventure with his family: even if it meant leaving out key details about the difficulty of a given hike. Everyone knew Dan by his ever-present smile. He was easygoing and funny; when he wasn't smiling he was snickering in the corner of the room over a prank he had pulled or joke he had told. Dan truly was one of the good guys. Dan is survived by his devoted wife, Angi, of 27 years, their children Isabelle (24), Zachary (21), Violet (14) and Lily (12), his parents William and Rebecca, and his sisters Jennifer and Kristine. There will be a celebration of life to honor Dan at South Hills Church on April 30th, 2021 at 1:00 P.M. If you would like to attend in person or virtually to pay your respects to the Matson family, please contact the family or church.

Daniel William Matson of Kennewick, WA was called home to his Lord and Savior on April 17th, 2021 after a heart attack at the age of 54. Dan was born February 22nd, 1967 to William and Rebecca Matson in Seattle, Washington. He was a loving... View Obituary & Service Information

The family of Daniel William Matson created this Life Tributes page to make it easy to share your memories.

Daniel William Matson of Kennewick, WA was called home to his...