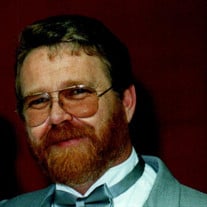 Daniel Mark Fairchild was born to Edward Fairchild and Vera (Simpson) Fairchild on August 2nd, 1949 at the Camp Hanford Hospital on the Hanford Reservation, their sixth child. His father had come to Washington from Missouri to work at Hanford. Dan was raised primarily in Oregon and California by his adoptive parents, Harry and Annetta Scates. As a young man he returned to Washington State and lived in the Yakima Valley. Dan attended the Santa Rosa Junior College Truck Driving School. Although he worked for a time in a sawmill in Oregon, for most of his career he was a very skilled truck driver or warehouseman. For a time, he drove grain trucks. He drove for Tru Stone, delivering block and enjoyed pointing out the various buildings in the Tri-Cities and other towns that were built with "his" block. He also drove for Central Pre-Mix. In 1983, he went to work for Rockwell at the Hanford Nuclear Works - following in his father's footsteps. In 1996, when there were massive layoffs at Hanford, Dan left and began driving truck for various companies. He drove for Boise Cascade delivering paper products and later for American Rock Products, driving a cement mixer truck. He quietly took great pride in his ability to drive many different types of trucks. In 1987 Dan met the true love of his life, Kay Miller, and they were married in April of 1989. They had 33 wonderful years together, sharing the same interests and beliefs. Dan was a quiet, kind, friendly, humorous man, who made others feel good to be around him. He wished only the best for every one of his many close friends and family members. Dan's passions included boats - the faster the better, guns and target shooting, and his treasured 1980 Corvette. He loved to go to yard sales and pick up anything electronic that he could take home and tinker with - getting great pleasure taking things apart and repairing them. The other love of Dan's life was his beautiful cat, Missy, who was constantly with him helping him heal from neck cancer in 2018. They truly had the most special bond and she will greatly miss him. Dan was home with his wife and cat when he was taken to heaven on July 27, 2020. Following his wishes, he will be cremated and a service will be planned for a future date.

Daniel Mark Fairchild was born to Edward Fairchild and Vera (Simpson) Fairchild on August 2nd, 1949 at the Camp Hanford Hospital on the Hanford Reservation, their sixth child. His father had come to Washington from Missouri to work at Hanford.... View Obituary & Service Information

The family of Daniel Fairchild created this Life Tributes page to make it easy to share your memories.