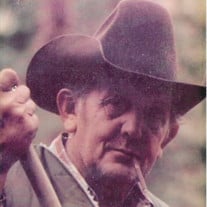 Charles Ernest Wilcox was born on October 8, 1933 in Fort Garland, Colorado to Elmer Weldon (Pete) Wilcox and Ruby Hope Robinson. Charlie was the second of 6 children. 1 Brother Bill and 4 Sisters Joyce, Mayre, Beth and Nancy. Charlie and his family lived in Colorado until about 1950 when Charlie graduated from Alamosa High school at 17 years of age. At this time Charlie, Joyce and her family moved to the Pacific Northwest for work. Charlie worked various jobs around Oregon and Washington before settling down in the Columbia basin. In 1954 he married Donna Smith and they had four children, Guy, Gary, Julie and Robin. In 1969 Charlie married Charlotte Percifield and had two children, Chad and Laura. Charlotte had three children from her previous marriage, Bob, Monty and Terry. Charlie and Charlotte spent their lives mostly in Kennewick until buying property in 1990 and moving to Finley where they lived on their farm. They loved being farmers and took pride in their little farm. Charlie is preceded in death by his Brother Bill, 3 sisters, Joyce, Mayre and Nancy, 3 Brothers in law, Steve Evarts, Richard Myers and Harvey Stelter, 1 son Monty, 1 Great Grandson Gage and his loving wife Charlotte Geraldine. Charlie is survived by 1 Sister Beth (Bill) Wright, Sons Guy (Kathy) Wilcox, Gary (Dianna) Wilcox, Chad (Annette) Wilcox, Bob (OkSana) Percifield, Daughters, Julie (Danny) Davenport, Robin Baugh (Graham), Terry Percifield, Laura (Mark) VanHollebeke and Daughter in law Janet Percifield, Also many Grand Children, Great Grandchildren, Nieces and Nephews. If you were lucky enough to have known him then you know he never met a stranger. His smile was bright enough to light up a room and the world is just a little bit darker with out him. He is gone from our sight but will never be forgotten.

The family of Charles Ernest Wilcox created this Life Tributes page to make it easy to share your memories.