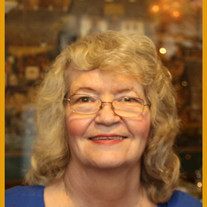 CAROL CHRISTINE CASSEL MILLER (77) of Pasco, WA passed away peacefully with her family by her side and is now in the care of her Heavenly Father. Born in Monrovia, CA, she moved to Richland, WA, in 1985 from her hometown of Redlands, CA. Carol was a 1962 Redlands High School graduate and received her R.N. from Riverside City College in 1966. She was awarded a bachelor's degree in nursing from the Consortium of the California State University, Long Beach. In addition, she received her Public Health Nurse certification from the State of California. She worked for the Benton Franklin Health Department from 1986 until her retirement in 2008, as a Public Health Nurse working with the Maternal Child Health programs. Carol served on the Franklin County Community Health & Safety Network. She served as the Board Chair and Finance Chair. She helped with state reporting, hiring staff, and reviewing grant proposals. She also helped write many grants for the Benton & Franklin Health District. Carol was a baptized member of the Lutheran Church. She was a devoted wife, mother, and grandmother. Carol loved her children and grandchildren more than anything. She also cared about her community, giving back through teaching, and educating others by sharing her knowledge. She helped organize and run the many car seat clinics through the BFHD and enjoyed helping new parents learn how to safely install their new car seats. Carol loved gardening and would spend countless hours tending to her garden. One of the most special things she would grow were the "personalized" pumpkins for her grandchildren each year. She would carve their names in the baby pumpkins and when they were full grown, their names would grow with the pumpkin. Carol had a tremendous sense of humor and was always a joy to be around. She loved to make you laugh and to play jokes on anyone she could. April Fool's Day was always interesting with her. You had to be on your toes if she called you on April 1st. Carol's most favorite holiday was the 4th of July. She loved to celebrate the USA by travelling to her hometown of Redlands, CA., to play her clarinet in the annual 4th of July band, alongside her mother and brother. Carol was honored to be the Godmother of her nephew, Mikel D. Cassel of Seattle, WA., her nieces, Melanie Hendrickson of Redlands, CA., and Jill Whitmore of Colorado. Carol is survived by her husband of more than 36 years, Terry Miller of Pasco, WA.; her children, Robert Cherry (Evelyn) of Mentone, CA., Ruthanne Swift (Don) of Richland, WA., Jennifer Staley (Pam) of Kennewick, WA.; stepdaughters, Tracy Haddad (Art) of Redlands, CA., Barbara Alford, of Redlands, CA.; grandchildren, Benjamin Cherry of Mentone, CA., Brandon Isenberg (Chelsey) of Gilbert, AZ., Trevor Nunez (Taylor) of Yakima, WA., Rosemary Lee (Travis) of Richland, WA., McKenzie Willy (Marcus) of Richland, WA., Michael Haddad of Redlands, CA., Daniel Haddad of Redlands, CA., Matthew Haddad of Redlands, CA., Scott Alford of Redlands, CA., Sean Alford of Redlands, CA., Stan Vanourek of The Dalles, OR., Stephanie Vanourek of Kennewick, WA.; 8 great-grandchildren with one on the way; siblings, John D. Cassel of Florida, Alyson Dal Ponte, Paul Gaylord Cassel of Texas and Susan A. Sertic of Morrison, CO. Carol was preceded in death by sibling, Arthur Cassel (California), and grandson, Chad Staley of Kennewick, WA. Carol will be greatly missed by her friends and family. Viewing will be February 18th at Noon at Mueller's Tri-Cities Funeral Home, 1401 Union St., Kennewick, Washington. Service will be February 18th at 1pm at Mueller's Tri-Cities Funeral Home, 1401 Union St., Kennewick, Washington. Burial will be at Riverview Heights Cemetery, 1200 S. Olympia, Kennewick, Washington, following the service, with a reception to follow.

CAROL CHRISTINE CASSEL MILLER (77) of Pasco, WA passed away peacefully with her family by her side and is now in the care of her Heavenly Father. Born in Monrovia, CA, she moved to Richland, WA, in 1985 from her hometown of Redlands, CA. Carol... View Obituary & Service Information

The family of Carol Christine Miller created this Life Tributes page to make it easy to share your memories.