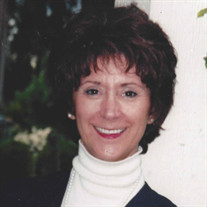 Brenda Taylor Peterson, a longtime resident of Basin City and Othello, Washington, passed away November 18, 2021. She was born November 23, 1950 in Dayton, Idaho, the eldest of eight children born to Melba Eppich Taylor and Lyle Taylor. She had a childhood filled with many fond memories of her family and living on the farm in Basin City. She graduated from Connell High School. After graduation from high school, she attended college for some time and then served an 18-month mission for her Church in London, England. Upon returning from her mission, she completed her Bachelor of Science degree at Brigham Young University in Provo, Utah. While finishing her degree, she met her future husband, Stan Peterson, on August 23, 1974 and they were married January 8, 1976 in the Idaho Falls Temple. They farmed for one year and then went back to school at Utah State University in Logan, Utah where she received her Master’s degree in Consumer Education. She and her husband graduated together. After receiving her Master’s degree, she taught a class on Consumer Education in Logan and was in charge of making all the logistical arrangements; food, housing and venues, etc. pertaining to camps for cheerleaders and football and basketball players while her husband continued his studies. She was energetic and vibrant and used that enthusiasm to raise her children and start businesses and work at different occupations. After finishing school, they lived in Kennewick, WA for five years. There, she worked as a reporter/writer for the Tri-City Herald writing numerous articles about experiences she had including articles on hang gliding and white water rafting down the Wenatchee River. They then moved to Issaquah, WA where she started a business doing interior decorating. She also worked as an editor for an environmental consulting firm, Foster Wheeler, while in Issaquah. After five years in Issaquah they moved to back to Basin City and then Othello. There, she was a publicist for the North Franklin School District. She enjoyed writing and had articles published in three national magazines. Her Church had a writing contest for the main church magazine, the Ensign, which she won. The article she submitted was then published. Because of her accomplishments and service, she was inducted into the North Franklin School District’s Alumni Hall of Fame. She continued her education in her fifties when she took additional classes and became certified as a teacher. She then taught the 5th grade at Hiawatha Elementary School in Othello for eight years. She loved teaching the 5th grade and teaching in general. She particularly enjoyed teaching while working with her grandchildren and wanted to help them in any way possible. Because of this desire to help them and the love she had for them, the Brenda Taylor Peterson Memorial Education Fund has been established to help pay for their college. She also loved flowers and gardening and would attend the flower show in Seattle each year and always brought back new ideas. Brenda was a loving wife, mother, grandmother and friend. She maintained and valued friendships from throughout her life. She was faithful and devoted to the Church of Jesus Christ of Latter-day Saints and held various positions in it. Just a few months ago she returned from serving a couple’s mission for her Church. Serving that mission with her husband was one of the highlights of her life. She was diagnosed with pancreatic cancer while on the mission and, despite being treated, she insisted on continuing the work. She returned home only after completion of the mission. She is survived by her husband, Stanley Ross Peterson, four sons; Rory Beckett Peterson (Melissa), Damien Lyle Colt Peterson, Sterling Ross Peterson (Kayla) and Taylor Dalton Peterson (Lindsey); three sisters, Tyra Wells, Rhonda Jenks and Tina Andrew; two brothers, Tim and Ivan Taylor as well as seven grandchildren. Funeral Services will be held Saturday, November 27 at 11:00 am in the Othello Stake Center of the Church of Jesus Christ of Latter-day Saints located at 12th and Rainier, Othello, WA. Graveside services will be held at Country View Cemetery in Basin City, WA.

Brenda Taylor Peterson, a longtime resident of Basin City and Othello, Washington, passed away November 18, 2021. She was born November 23, 1950 in Dayton, Idaho, the eldest of eight children born to Melba Eppich Taylor and Lyle Taylor. She... View Obituary & Service Information

The family of Brenda Lee Taylor Peterson created this Life Tributes page to make it easy to share your memories.

Brenda Taylor Peterson, a longtime resident of Basin City and...