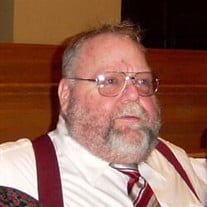 Benjamin Richard Hull got his final call on February 8, 2020 to go out and fix a broken-down car for someone in need. We're not sure who; we just know it was Someone, and Ben has a very big heart. People don't just stop and help others anymore the way Ben does. Ben was at home in Kennewick, Washington when the call came. Ben definitely has the skills for this job. He was born on February 2, 1948 in Caldwell, Idaho to Frank Windsor Hull, Jr. and Eunice Jennison Hull. He grew up working on cars and trucks with his father and brothers. Ben knew the ins and outs of how to fix all kinds of transmissions, mufflers, brakes, alternators, gaskets, radiators and cracked heads well before he graduated from Eisenhower High School in Yakima, Washington in 1966. He's been practicing for this current repair for a very long time. He has fixed cars in many states - Idaho, where he was born, Washington - where he grew up, Oregon-a state where he broke down (a lot), then Utah - where he met and first wife Vicki Murphy. They married in Los Angeles, California in 1970 and had quite an adventure over the next 22 years, fixing cars all up the West Coast, finally settling again in Yakima, Washington. Along the way, they raised three daughters and a foster son, making sure that all of them understood the basics of auto repair: the car runs better when the gas tank is full, don't mix diesel and unleaded, make sure the oil filter is on tight, for goodness sake don't buy a VW Diesel. FORD has many acronyms-all are honest and and none of them are nice - just get a Dodge, already. Ben had other interests aside from automobiles. Ben had a lifelong love of reading and learning, studying geology (which kind of rock will puncture the tire), chemistry (exactly why sugar really doesn't work in the gas tank), and music (PLEASE turn off Country). Music was his most loved hobby in his life. He enjoyed singing tenor in his church choir. He also was a member of the Yakima Community Band, playing clarinet, alto saxophone, tenor recorder, oboe and bassoon. When Ben got the call, we're pretty sure the person who needed their car fixed spoke French. Don't worry, he'll be prepared. Ben was a lifelong member of the Church of Jesus Christ of Latter-Day Saints and learned French when he was called to serve a Mission in Quebec, Canada from 1967 to 1969. He had a flair for languages. When the car radio got stuck on the Spanish stations, he listened and learned, as well as some Italian from Rossini and other Operas. He managed to put it to use, earning a Bachelor of Arts Degree in Foreign Language from the University of Idaho in 2005. After that, he worked as a construction manager until he retired in 2014. Spanish serves one well when there is a multilingual crew, even if some of his workers did tease him about speaking Spanish with a French accent. One car repair job earned him the most special gift. He was blessed to meet his wife Patricia in 2005. They fell in love as they worked together, rebuilding a car engine outside, in the dead of winter for Ben's best friend Dave Wells. They married in 2006, spending the happiest years of his life with her until he got called out on his final repair. Pretty sure he's going to be late. Like, really, really, really late. Later than normal. And that? That is saying something. When he's done with this call, we know he's got people to go see: his mother and father, his brother David, his uncle Jim, and his beloved aunt Audrey and cousin Holly. We know to pass along a message to his brother Mark: You are his closest friend, and he wouldn't have been able to get through his life without you. He knows that even though the two of you have worked together for years, this job he must do alone. One day, he will be joined by his wife Patricia Schultz Anderson Hull of Kennewick, Washington; brother Mark Hull and sister-in-law Christina Hull of Yakima, Washington; sister Carolyn Hull of Yakima, Washington; daughter Mara Jenissen of Longview Washington, daughter Rebecca Hull-Hicks and spouse Scott Hicks of Everett, Washington, and daughter Emily Hull and spouse Umar Farooq of Zionsville, Indiana. He has three grandchildren, four step-sons, many cousins, nieces and nephews. They all know that he's out somewhere, getting someone un-stuck. Don't worry, and don't wait up. Ben's out on a job and we will see him when we do. Eventually we will all meet again. Until then - We will laugh and share memories - especially of AMC Matadors that have stuck doors, or timing belts Ben has fixed on the side of the road. Maybe we will discuss all of that on a ski trip, and wish you were joining us. Memorial Services will be at the Church of Jesus Christ of Latter-Day Saints on 45th and Olympia in Kennewick, Washington. Saturday 11 AM February 15, 2020

Benjamin Richard Hull got his final call on February 8, 2020 to go out and fix a broken-down car for someone in need. We're not sure who; we just know it was Someone, and Ben has a very big heart. People don't just stop and help others anymore... View Obituary & Service Information

The family of Benjamin Hull created this Life Tributes page to make it easy to share your memories.